Scottish runner Donnie Campbell has set an astonishing new record for the fastest round of Scotland's 282 Munros.

He took just 31 days, 23 hours and two minutes to complete a non-stop self-propelled circuit of every mountain with a summit of more than 3000ft (914.4m). His time is almost eight days quicker than the previous record set a decade ago by English fell runner Stephen “Spyke” Pyke. 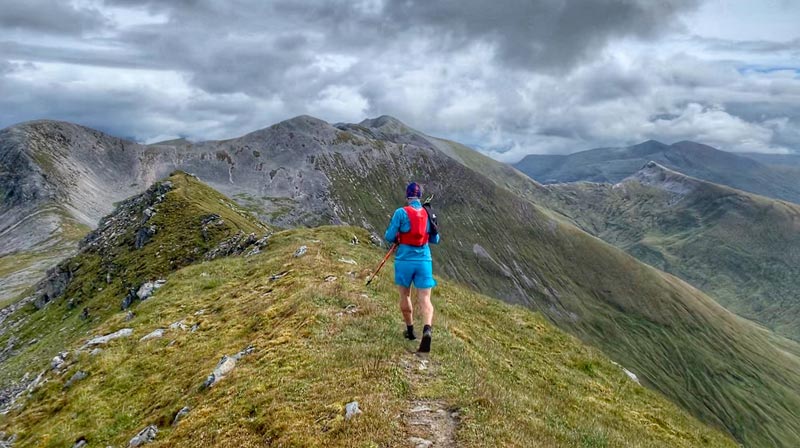 Donnie, 35, of Inverness, completed his challenge on Scotland's most northerly Munro, Ben Hope, in Sutherland, at 5:02am today (Sept 2). Not only did he run up and down all the hills, the accomplished mountain runner, who was raising money for British Red Cross, also cycled and kayaked between his targets. No motorised transport was used although he did have a back-up motorhome driven by his wife, Rachael, in which he slept each night. After finishing, Donnie said: “It is great to have done it – and I am really pleased I don’t have to run again today. “Doing all the Munros is something I had dreamed about for a long time and for it to finally come true in a fastest time feels surreal.” 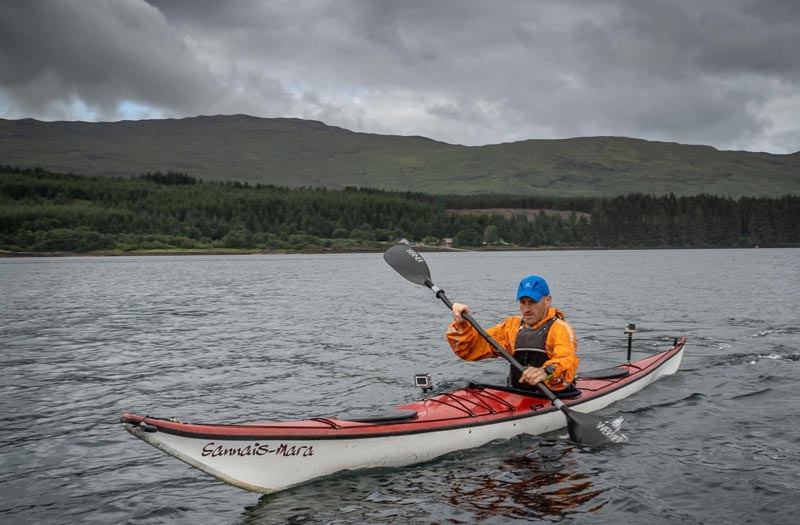 Donnie Campbell kayak between Mull and the mainland

Donnie started his Munro round bid on August 1 on Ben More, on the Island of Mull. He then kayaked to Glenfinnan, before he traversed the Cairngorms and reached the most easterly Munro of Mount Keen. Next came the Munros of the southern Highlands, including the most southerly Munro of Ben Lomond. He returned to the north-west of Scotland, with the most westerly Munro of Sgurr na Banachdich to come on the Island of Skye and a finish on Ben Hope. 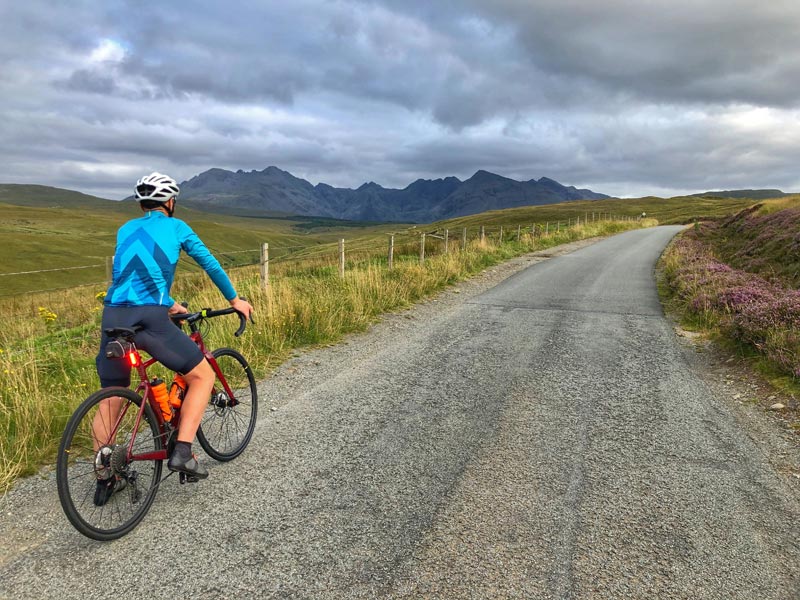 Cycle to Glen Brittle on Skye for the Cuillin

Donnie said: “Spyke’s record was an incredible time but I wanted to push my limits and see what I could achieve. The 33 days was simply the outcome of my planning. I knew my schedule was very ambitious but it excited and scared me. With the right conditions, I thought it might be achievable. I feel very pleased to have finished ahead of schedule and in less than 32 days. It also feels great to have done a Munro round finally. I had always wanted to do a round  but I needed the motivation to do them all, especially the ones that I thought were very remote or very boggy.” 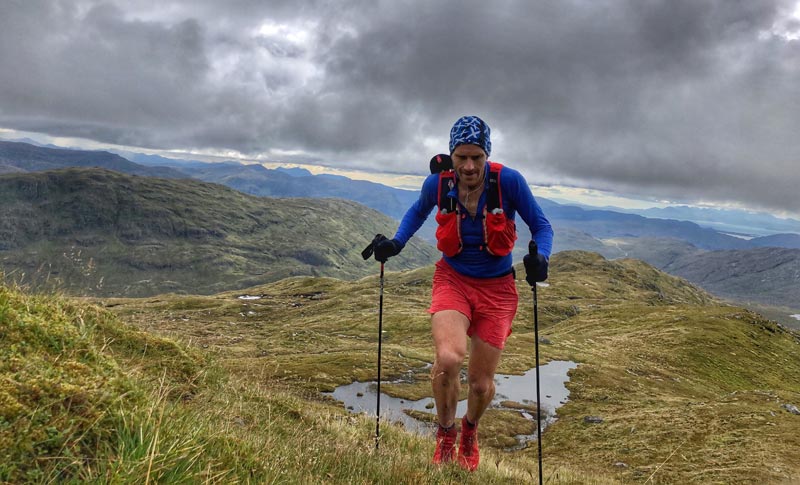 The Munros were first defined and listed by the late Sir Hugh Munro  in his Munro's Tables of 1891.  Since then, some 6700 people have walked and climbed a round, with the average time being around two decades. The first continuous self-propelled round of the Munros (except for the Skye and Mull ferries)  was completed by Scottish mountaineer and author Hamish Brown between April 4 and July 24 1974. In 2000, Charlie Campbell, a Glasgow postman, completed the challenge in 49 days. He summited 284 Munros as then officially listed. It was in June 2010, that Spyke set his record, this time on the 283 listed Munros at that time. Due to re-measurement of the Munros, the list now sits at 282.

On average, Donnie spent 12 hours every day running, cycling or kayaking. He slept for around eight hours each night. His toughest days were some of his final days of the round. On Monday, he reached an incredible 18 Munros in the north-west Highlands, from Slioch near Kinlochewe to Ben Wyvis near Dingwall. After only 30 minutes of sleep, he then cycled to Am Faochagach, near Ullapool, and then completed another 10 Munros to finish on Ben Hope. Agonisingly, on day 29, he was also forced to climb the same Munro twice. He said: “It was annoying when I realised at the bottom of Moruisg in Glencarron that I needed to go up again. “It was my own fault due to cloud and a lack of concentration at the top. “I reached a large cairn which I thought was the summit but my tracker showed later that I needed to go another 200m to a small pile of stones. “It wasn’t the end of the round or the record but it did mean another 90 minutes of climbing and some 600m of ascent on the end of an already long day.” 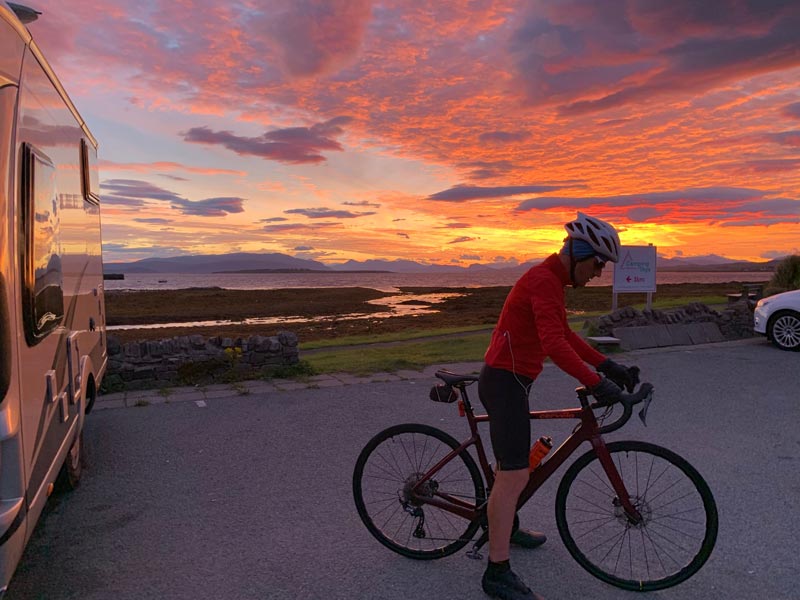 The hardest time for Donnie was the 17th day when he said he felt fatigued both physically and mentally. He said: “This was the lowest point, I think. I’d been going hard and it felt relentless and I was only around halfway. I’d just done several long and tough days back-to-back and I was questioning what I was doing. I’d been busting a gut for so long but I couldn’t see the end. At no point did I think I would give up but I had to work hard to keep going. I told myself it wouldn’t last forever and I simply focused on the routine of eat, run, sleep and do it again. Of course, it did get easier mentally the closer I got to the finish.”

Now Donnie plans to put his feet up and get back to his day job coaching other runners. He said: “It feels great to have finished and I am sure it will all sink in at some point. ‘I still can’t really believe it is over after all the planning and then all the days in the mountains. I am looking forward to a rest and being back home. I want to thank my wife and all my friends who have helped and supported me on the round. I could not have finished it without them.”