Find the time, one day time will find you

Sitting in the cold classroom, staring out of the window way beyond the village church and fields I remember thinking "I'm so glad I found the time".

In my mind I was back on Bodmin Moor in the constant drizzle, staring at a KEEP OUT sign on some decaying Ministry of Defence hut one minute and sitting in sipping a warm hot chocolate in the famous Jamaica Inn the next. I hadn't wanted to go walking that day. I was with prospective adopted parents from my first children's home while on holiday from boarding school and there a hundred and one reasons not to go for a walk on Bodmin Moor. "People say it will still be there tomorrow, but you have to remember that it may still be there but that doesn't mean you always will be" came the response when I pleaded rain, a girl called Yasmin and tiredness and a few weeks later, back at school, it finally made sense. 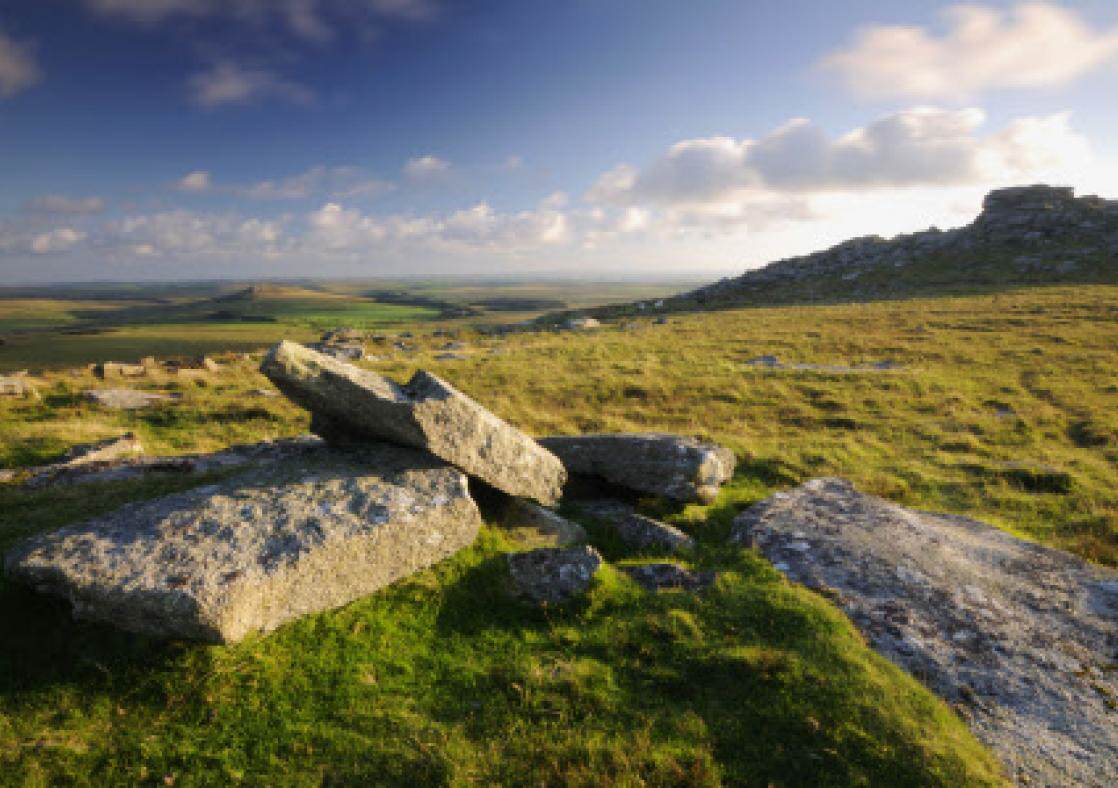 I had an amazing day. The drizzle barely stopped but after the confines of sharing a dormitory with eleven other 10 - 11 year old boys I loved the freedom. The spent 303 cases around the fenced off MoD hut brought the A5 war comics that were my staple diet away from Julius Caesar, Homer and Beatrix Potter in Latin to life. I sat transfixed listening to the stories of smugglers by the side of the fire and spent the night camping in the back garden. Of course I was there again so the saying meant nothing at the time but sat in the classroom looking out of the window I thought "It's still there, but I'm not".

At school life was structured and timetabled to the minute, from getting up at a set time through breakfast and assembly then classes barely interrupted by lunch to homework hour and dinner. The four week Christmas holiday was the only part of my life that was unstructured, the only time I had an option of yes, no or later. In the years to follow "later" became far too much the norm as "life" took over and I remembered "It will still be there" but not the second half.

Forty four years on, face down through a hole on the physiotherapist's bed that day came back to mind. The seven year question had reared its head with "do you regret not being able to do the things you used to do" and today of all days I had the answer. For four years after the disc high in my neck decided to go walkabout and shut a bunch of nerves off permanently I'd been obsessed with proving to myself that I could still do the same things and becoming intimately aquainted with "later" as the failures mounted. But that changed.

It was a couple of months before Kendal two years ago and I was up at 3am, waiting for the painkillers to kick in and aimlessly scrolling through Facebook when up pooped a text box at the bottom of the screen. For the next hour John Ellison, similarly still awake waiting for meds to kick in, explained to me how looking backwards will only eat you up and to look for the things you can still do, not regret the things you've lost. By the end of the following day I'd signed up for a learning to ski press trip. I may not be able to climb the mountain now but if a gondola could take me up I was pretty sure I could learn to do the bit where gravity helps. 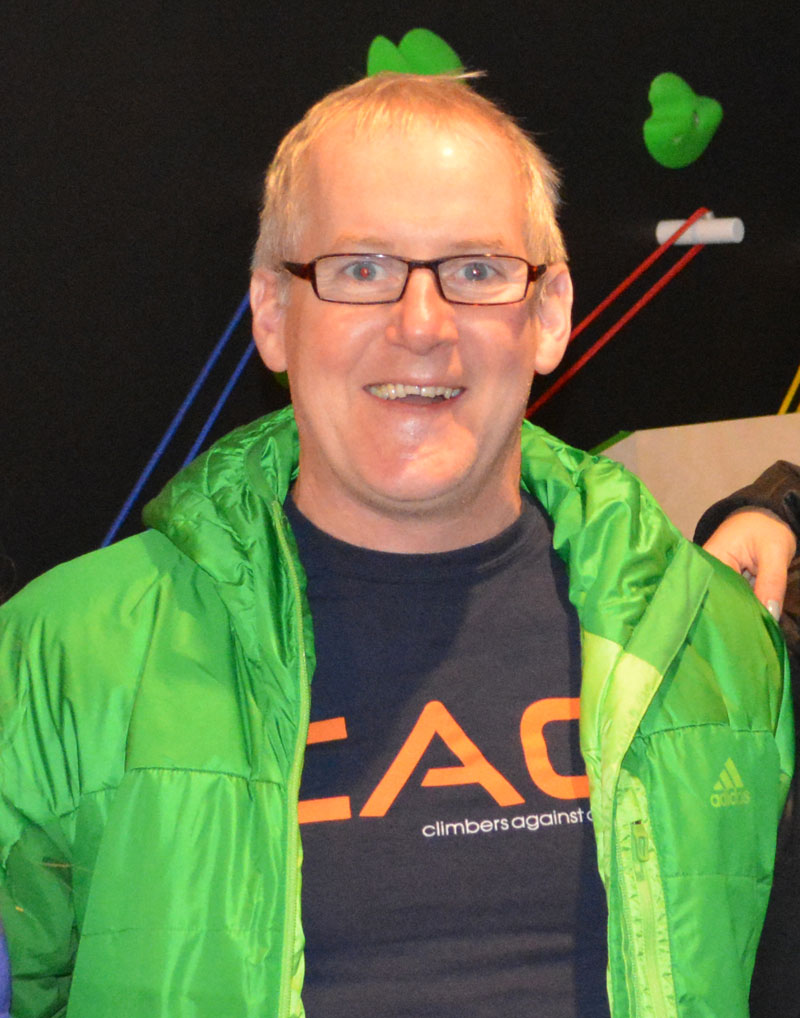 By the time the skiing trip came around I'd ticked off the World's fastest zipline in Wales and while I had to miss half a day of ski school in Austria I survived it! For a couple of seconds I more than survived it and understood its addictive nature. By the following summer I was in Chamonix trying a tandem paraglide and ebiking. Now, lying face down on the phsio's bench I was explaining how I'm off to Switzerland at the weekend to try tandem skydiving, highline and SUP in the shadow of the Eiger. There's hundred and one reasons why I shouldn't go from having to be on the physio's table 4 days before departure to the fact that I've never really been that fond of hights (it's been a kind of self administered aversion therapy rewarded by the endorphins of achievement at the end of the day). But if I say "no" there's no saying the chance will still be there and no saying my body will be up to choosing. 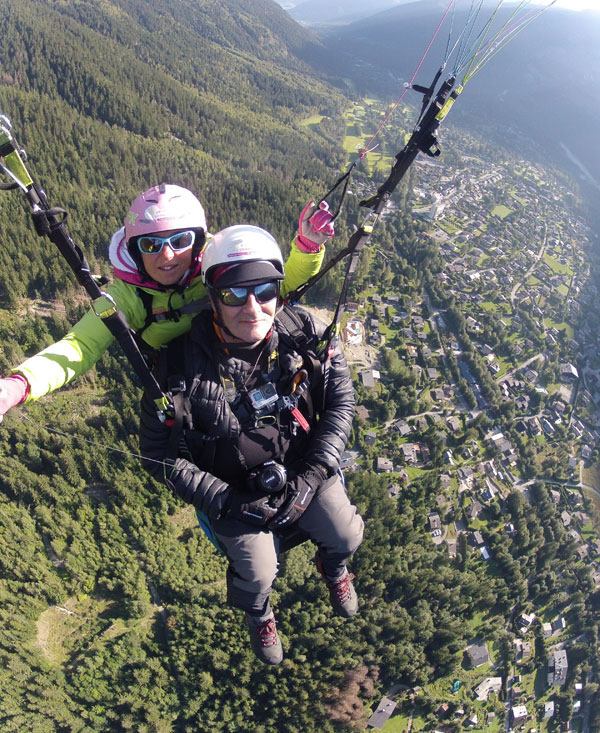 As I explained about that day on Dartmoor and John Ellison's words I had the answer to the "do you regret not being able to do the things you used to do" and the "how on Earth are you going to do all that in 4 days?" .........You have to find the time because one day time will find you and you have to look for the adventures you can still do not drown in the ones you think you've lost. On getting home from the physio, there sat in my inbox were the flight tickets for Zurich.

More in this category: « Best of both worlds - the plug and play outdoor package holiday 72 hours in Interlaken - an adventure guide »
back to top