Forty years on from Doug Scott and Chris Bonington’s death-defying first ascent of the Ogre, Scott reveals the whole truth behind their epic fight for survival in a new book set for release this autumn.

Predating satellite phone communication, when an accident that resulted in Scott suffering two broken legs and Bonington smashing ribs turned their 1977 climb into a desperate fight for life, the isolated pair had only the bravery of their team members, Mo Anthoine and Clive Rowland, to count on. When word reached the national press, the selfless roles played by Anthoine and Rowland in shepherding Doug and Bonington off the mountain had been essentially written out of the story to focus on the two already-famous mountaineers – household names thanks to their exploits on Everest. 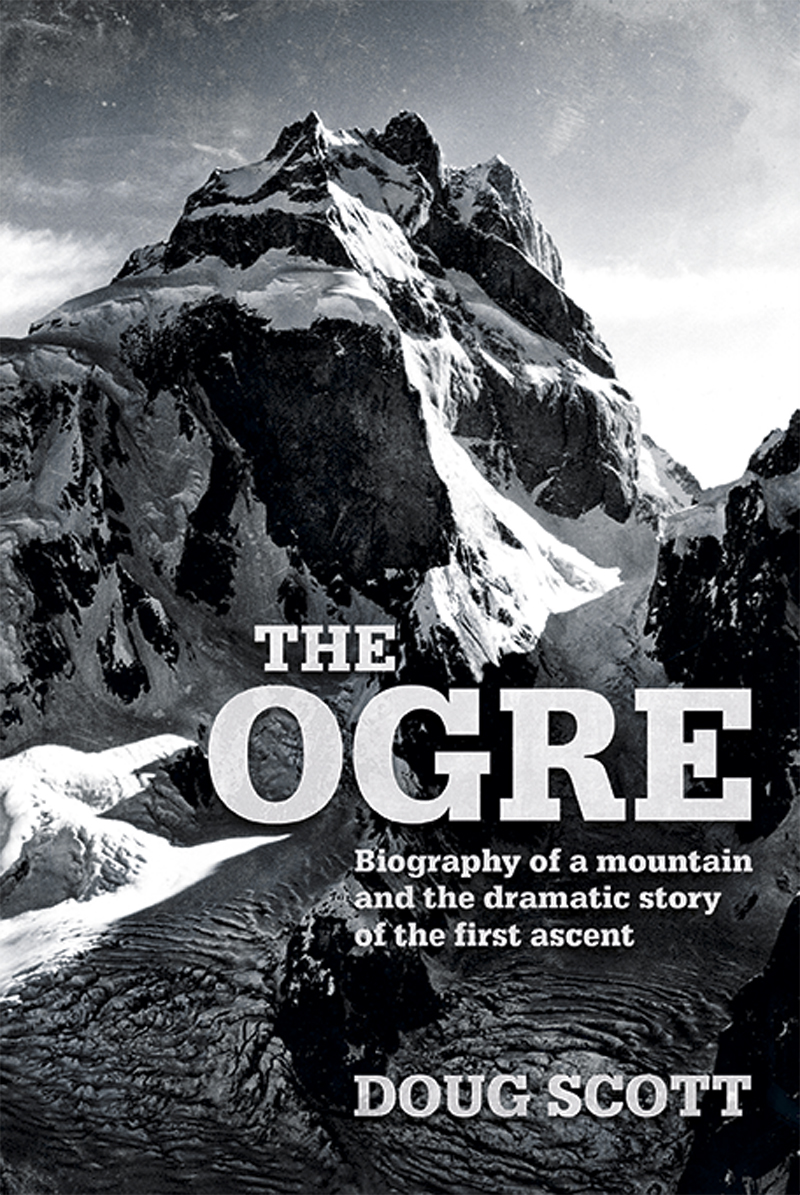 Speaking about the book’s impending release, Scott said, ‘The Ogre is the most difficult high mountain in the world to climb and when both Chis and I were incapacitated on the descent, the eight-day journey to reach Base Camp was only made possible by the selfless support of Clive and Mo. Marking forty years since our near-fatal climb, The Ogre will bring the whole story to light’.

Subsequently, after several more trips to Pakistan, the combination of being rescued by the local people from the Ogre and a porter falling into the Braldu River and disappearing, encouraged Scott to do something about the fifty per cent child mortality rate in the village of Askole, the last village before K2 and the Ogre. One of the benefits of the Ogre expedition was that it raised Scott's profile enabling him to raise funds to facilitate such projects to provide clean water for Askole residents, reduce child mortality and, within just a few years, far more children were living beyond the age of five.

The success of the project in Askole gave him the confidence to respond positively to requests in Nepal, where he had done most of his climbing, and Community Action Nepal is the result. Currently there are fifty plus projects so this accident produced some positive and long-lasting outcomes.

The Ogre is now available to pre-order from Vertebrate Publishing (www.v-publishing.co.uk) ahead of publication on 23 November 2017.