The Magician's Glass is a compilation of essays from the pen of Ed Douglas, probably the UK's most influential writer since Joe Tasker and Pete Boardman, so it's fitting it's been nominated for this years Boardman Tasker Awards.

What the publishers say:

The Magician's Glass by award-winning writer Ed Douglas is a collection of eight recent essays on some of the biggest stories and best-known personalities in the world of climbing.

In the title essay, he writes about failure on Annapurna III in 1981, one of the boldest attempts in Himalayan mountaineering on one of the most beautiful lines – a line that remains unclimbed to this day.

Douglas writes about bitter controversies, like that surrounding Ueli Steck's disputed solo ascent of the south face of Annapurna, the fate of Toni Egger on Cerro Torre in 1959 – when Cesare Maestri claimed the pair had made the first ascent, and the rise and fall of Slovenian ace Tomaz Humar. There are profiles of two stars of the 1980s: the much-loved German Kurt Albert, the father of the 'redpoint', and the enigmatic rock star Patrick Edlinger, a national hero in his native France who lost his way.

In Crazy Wisdom, Douglas offers fresh perspectives on the impact mountaineering has on local communities and the role climbers play in the developing world. The final essay explores the relationship between art and alpinism as a way of understanding why it is that people climb mountains. 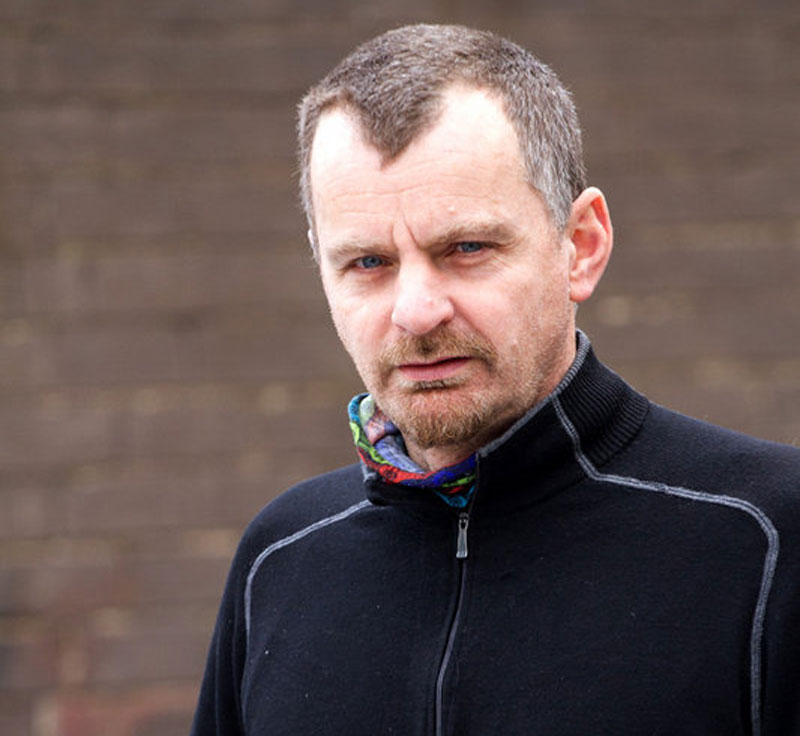 Let's start by saying I don't like compilations in general and comilations of pre-existing works in particular. But The Magician's Glass breaks the rules. Far from being a series of disconnected essays regurgitated it's a classic case of the whole being greater than the sum of its parts.

Through eight distictly different stories covering six decades of mountaineering the Author weaves a narrative that flows in a way the originals couldn't in isolation. In compiling these essays, originally published through the pages of Rock and Ice Magazine, the author examines the very nature of fame and perceptions like a composer pulling together a collection of random notes to create a symphony. Like a Beethoven or Mozart masterpiece the end result is a piece of work that reaches into every corner of your inner self, both questioning and answering simultaneously and eliciting emotions however involuntary.

Above all Douglas makes you think; think about what drives the individual characters and the society that, while appearing free and open, is as much a prison as any physical jail. Through intimate knowledge of many of the subjects the author demonstrates the mental pressures that drive both sides of disputed ascent arguments from "Stealing Toni Egger" set in the late 50's to the solo ascent of Annapurna's South Face in "What's Eating Ueli Steck". In comparing six decades of fame he highlights the weight of expectations, both personal and society's, rather than focusing on the physical achievements. In doing so he comes as close to answering the universal question of "why" as any mountain writer. At times it's almost uncomfortably revealing, at times uplifting, and at times it has that rare ability of drawing emotion from the reader to the point of real tears.

Rather than creating heroes with feet of clay Douglas reflects the reality of extraordinary people living ordinary lives, living, breathing and suffering like the rest of us despite the rose tinted glasses through which we view them. Taken individually the essays are good, but isolated. Together they fuse like the instruments of an orchestra to produce music of such purity that it changes perceptions for ever. Put simply The Magician's Glass is not a book you can 2un-read"

The Magician's Glass: Character and fate - eight essays on climbing and the mountain life
ISBN: 978-1-1911342-48-9
Author: Ed Douglas
Publisher: Vertebrate Publishing
Price: £14.95
More in this category: « Running Beyond:Ian Corless book reviewed by James MacKeddie Doug Scott reveals the truth behind his dramatic first ascent of the Ogre in 1977 »
back to top