Twenty off-road routes 'for trail and fell runners' is the pitch of this pocket-sized guide from Vertebrate.

The routes range from 4km to 20km, with most of them in the 8-11km range. It has been compiled and written by Steve Franklin, a very successful trail marathoner. The routes are predominantly in the main Snowdonia ranges, but pleasingly the book also includes some on Anglesey, Cader Idris and the Clwydians. Some are suitably low level, some quite challenging - remember this is aimed at runners, not walkers. 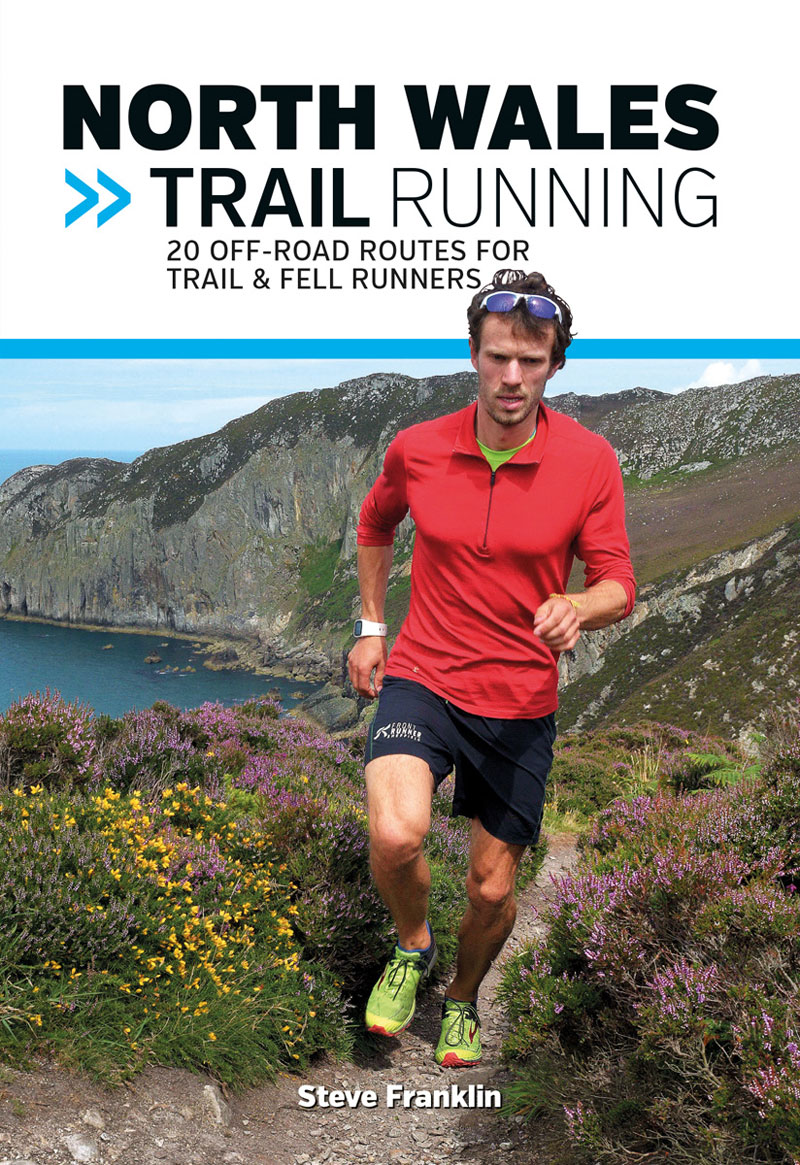 Each route has its own section with intro, general description of the route, and some very basic written directions. These don't pander to the user as they are meant to be used in conjunction with the excellent Ordnance Survey 1:25,000 map extracts that are included, with route overlays. If you live in North Wales, or are just visiting, this guide will show you some great trails to try out, all in a bumbag-sized guide book. Each entry has an altitude profile and a 'key' that gives the amount of ascent, typical time, transport and refreshment details. It also grades each route on a scale of 1 to 5 for navigation skills needed and with a 1 to 3 'mountain goat' symbol scale to show terrain difficulty. 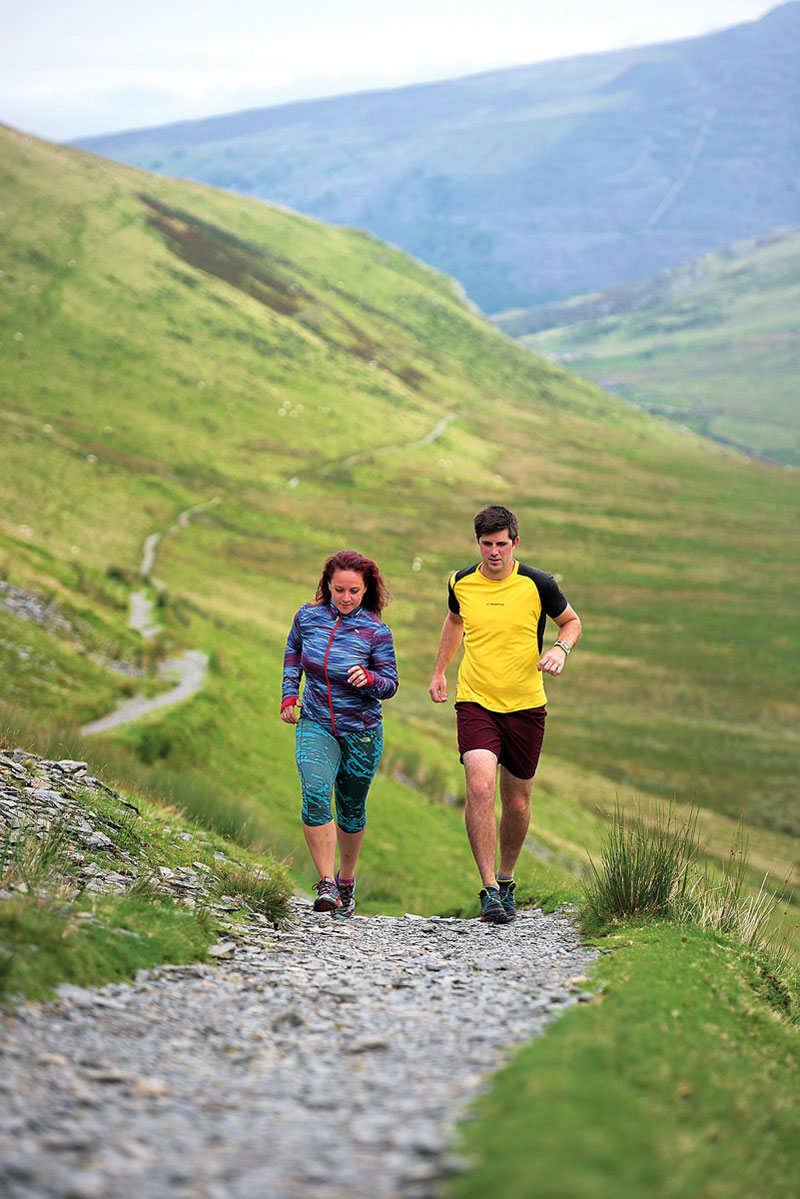 Personally, I was pleased to see the choice of routes didn't always have to go to the summits. For instance the second Snowdon route just combines the relatively well-known Miner's and Pyg tracks into a loop, sensibly missing the zig-zags and final ascent to the invariably crowded summit. Similarly, the Tryfan route takes a circular route from Capel Curig to and from Cwm Tryfan. Having just been up Snowdon via the way less used Rhyd Ddu path, I can vouch for the severity of this as a running route, but it is suggested that you come DOWN it, after having ascended via the Ranger Path. 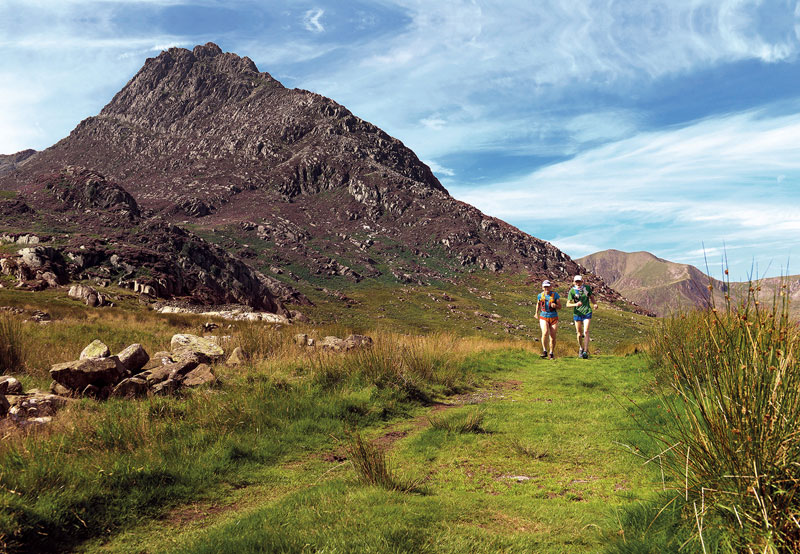 The Llyn Cowlyn Reservoir route suffers from losing map detail in the binding edge (including direction point 4) which is a function of trying to fit everything to a small format. Also the longest route (on the Northern Carneddau) rather annoyingly has to have a map extension on a 3rd and 4th page, along with the aforementioned difficulty of reading the map in the inside edges. 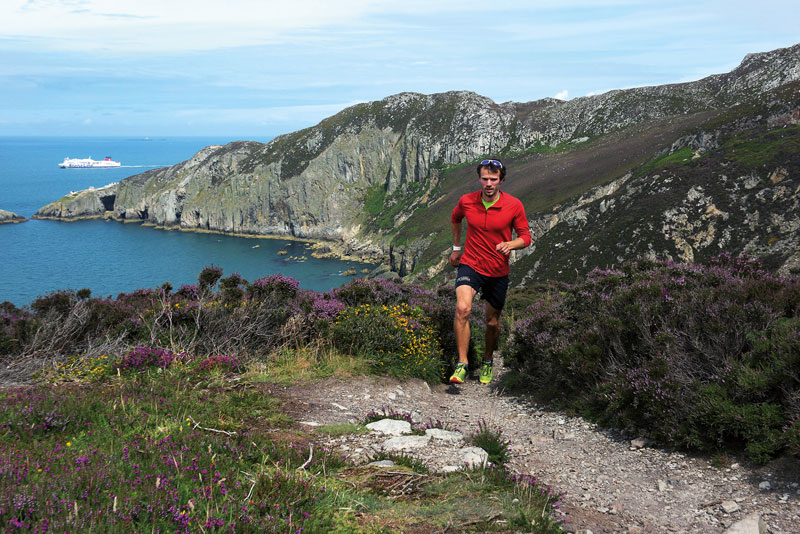 These are minor criticisms though. Overall it is a well produced book that I found a really useful reference source for running route choices. It should be used in conjunction with self-generated routes that one can produce by poring over detailed maps - one of life's great pleasures.

Steve Chilton is Author of 'It's a hill, get over it', 'The Round: in Bob Graham's footsteps' and 'Running Hard: the story of a rivalry'