Berghaus ambassador Ed Jackson has returned to the UK after a dramatic expedition to Himlung Himal, a remote Himalayan peak.

While the 7,126m summit eluded Ed and his team, he reached a new record height of 6,800m for a climber with a spinal cord injury. However, the real drama occurred on the descent, leading to a night without shelter at 6,000m. 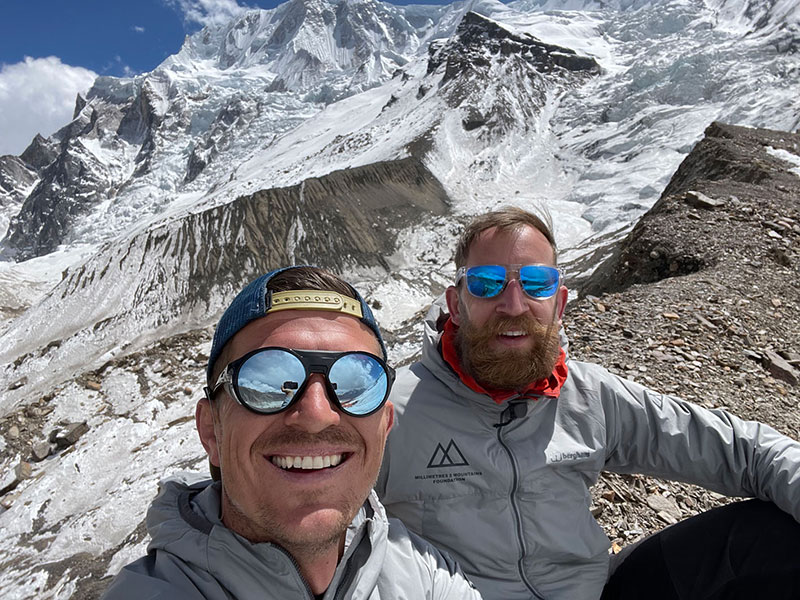 Ed Jackson set out for Himlung Himal in mid-March, aiming to be the first incomplete quadriplegic person to climb a 7,000m mountain. He was joined on the expedition by friend and trainer Arron Collins-Thomas and Ben Halms, who has also suffered a major spinal injury and is a beneficiary of the charity Millimetres 2 Mountains (M2M), which Ed founded to help other people who face similar challenges as him. The expedition was supported by Berghaus, and Ed and Ben used kit that was modified by the company, to help them climb despite their physical disabilities. After reaching basecamp and acclimatising, Ed, Ben, Arron and their local guides made good progress on the peak. 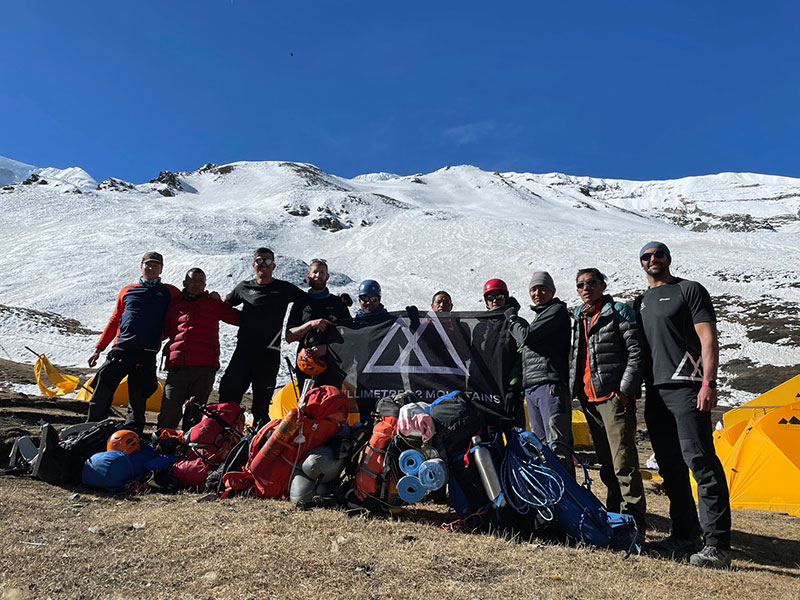 Himlung Himal has not been climbed for over two years and the glacier has changed considerably in that time. Among other complications, the team was unable to use the usual camp three location on the mountain, and had to push for the summit from camp two. They successfully reached 6,800m, but conditions from that height were deemed too unsafe, so the decision was made to retreat. The team descended to the shoulder of Himlung Himal at about 6,100m, to discover that conditions had deteriorated during their climb. The lead guide fell into a crevasse and had to be pulled back out by colleagues. Although shaken, he was relatively unhurt. However, the team was in a very dangerous situation and the decision was made to call for helicopter rescue, which was not possible until the following morning.

The climbers spent a night without tent, sleeping bags, food or water, in temperatures that dipped below -20 degrees Centigrade. The insulated Berghaus clothing that Ed, Ben, Arron and team were using proved to be vital during the night, and everyone was evacuated from the mountain by helicopter when daylight came. Ed, Ben and Arron have now flown back to the UK. 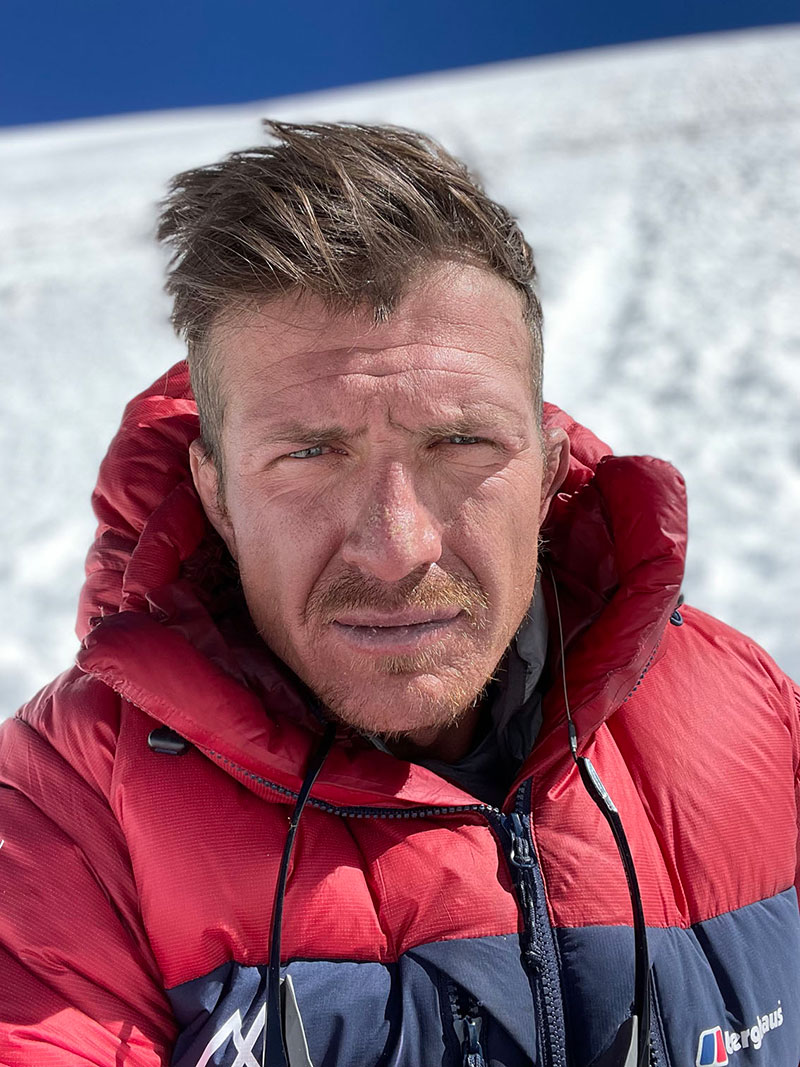 Ed Jackson comments: “Every spinal cord injury is different and although Ben and I still live with many of the complications that come with that, we feel very lucky to even be in a position to attempt this kind of challenge. There was no road map for living and operating at these heights with our injuries and much of what we were doing was trial and error, in order to hopefully pave a way for others in the future.

“When you take on pursuits like this you have to accept that unprecedented situations can happen in the mountains - the dangers out there are real. It doesn’t matter who you are or how well you prepare, Mother Nature can intervene. But that element of risk is what makes the whole process feel so alive. Yes, it was scary, but I have shared a special experience with some amazing human beings and I don’t regret any of that. It just makes me appreciate everything else so much more. My respect for the high mountains and the people who live in those regions has never been greater.”

Ben Halms adds: “This was more than just an expedition for me, it has given me something to focus on and to work towards during a difficult time. It has given me hope. The expedition itself has been mind-blowing, allowing me the time and freedom to get in my own head and think about my future. Not only have I exceeded other people’s expectations, I have exceeded my own. More than that, I’ve made friends and memories for life.”

The Himlung Himal expedition was filmed for a short documentary, which will be released later this year. For more from the trip, follow Ed Jackson at https://www.instagram.com/edjackson8. To find out about Millimetres 2 Mountains and make a donation, visit www.millimetres2mountains.org. For further information about Berghaus, visit www.berghaus.com.

More in this category: « Berghaus Ambassador Ed Jackson aims to be first quadriplegic to climb 7,000m peak
back to top