Will Bosi, 22, from Edinburgh, United Kingdom has claimed the first ascent of ‘King Capella’ at Siurana, Spain and has proposed the grade of 9b+.

If confirmed, it would make him the first British climber to climb the grade (and sixth in the world). Bosi has been in Spain since December 2020 as a part of his preparations for the 2021 competition season and longer-term campaign preparations for the next Olympic cycle. 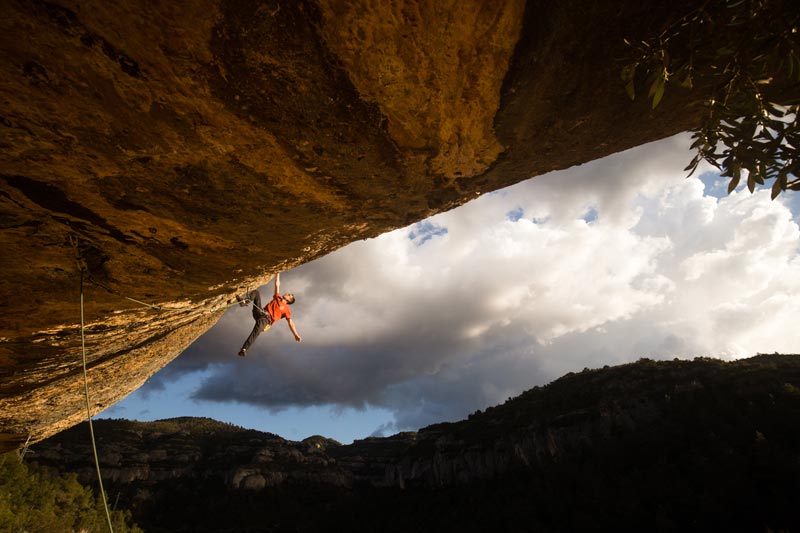 Bosi climbed La Capella (9b) in the same sector in early 2020 which made him the first Brit to climb the grade abroad and during this trip added another two first ascents to the area, La Furia de Jabali (9b) and Last Night (9a) but King Capella, bolted by David Brasco, represented a significant step up in difficulty according to Bosi; “King Capella has the same style of the area with a series of boulder problems stacked on top of one another however this route was another level for me. For comparison, it took me three sessions to complete La Capella, whereas it took me three sessions to unlock the first sequence on King Capella”. 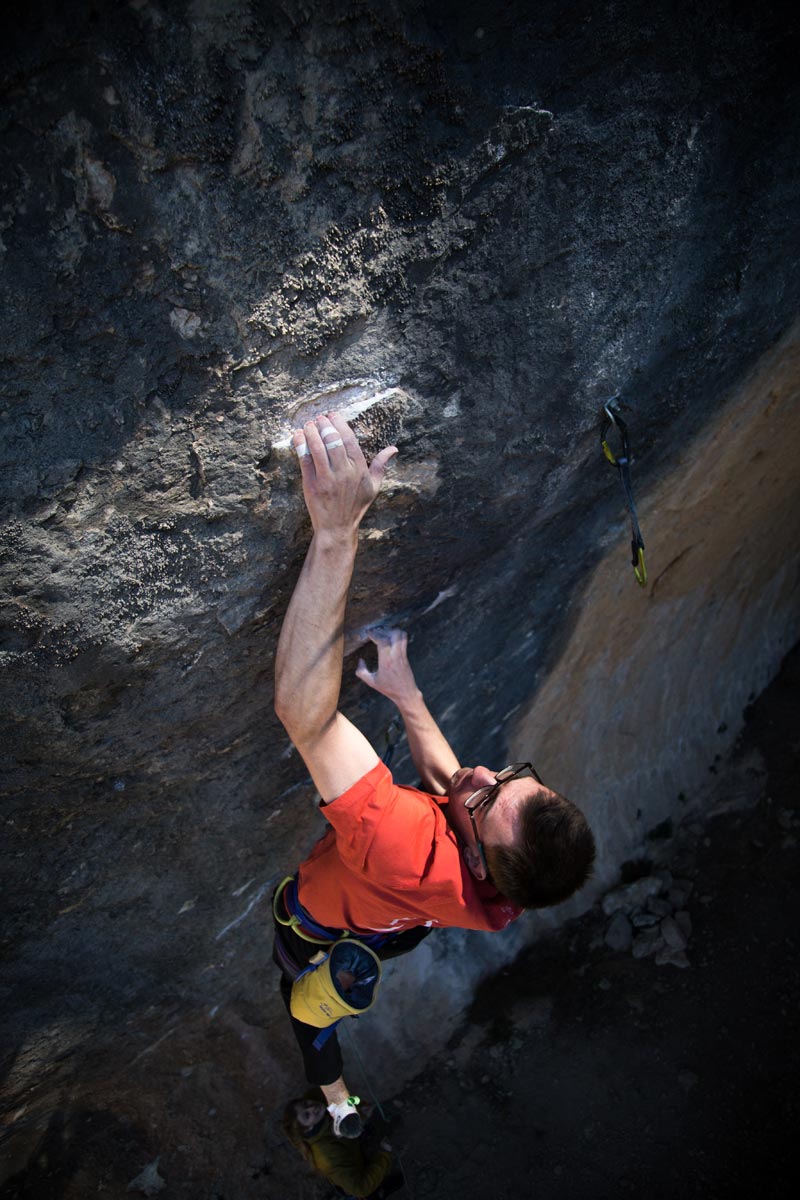 As well as the intense, fingery and powerful climbing typical of the area, the middle of the route was unlocked by Bosi with an explosive dynamic move before moving straight into another tough sequence. “With powerful moves that don’t let up and having big all points off moves, King Capella was like I got to be Chris Sharma for a day, it was amazing!” Bosi continues,

“After Moscow [European Championships], the purpose of the training trip was to firstly reset after a long and tough Olympic campaign and secondly to put in a base level preparation for the upcoming IFSC World Cup lead season. Spain as the some of the highest concentration of hard sport climbing and I was also able to project first ascents in order to force myself to try unconventional beta to solve hard problems which is similar to what appears in World Cups.” 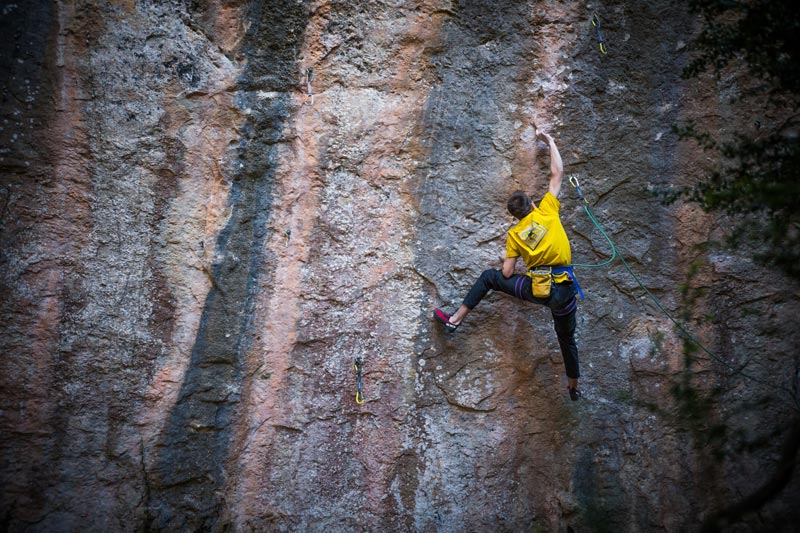 On top of Will’s first ascents, he amassed a staggering ticklist with notable repeats including First Ley (9a+), Ley Indignata (9a - third ascent) and Estadio Critico (9a). Will kept his bouldering in check with establishing a new 8c boulder in Siurana, Ulls de Bruixa, as well as repeating Bhai Bon (8b+), Bhai Po (8b+), Bhai Kakata 8b+/c, Bhai Ji 8b+ and Hurrikuto 8b.

Bosi is now back in the UK in quarantine before resuming training for the GB Climbing lead selection.

Q&A WITH WILL BOSI 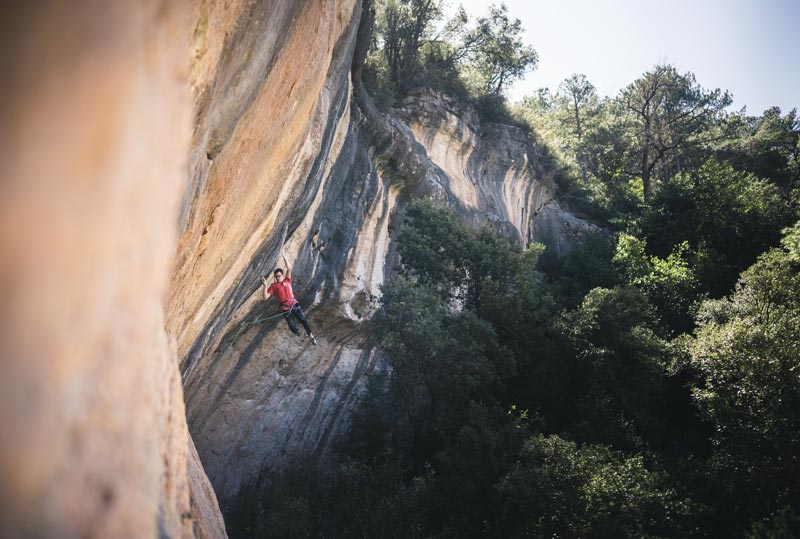 What were your objectives for the trip?

I only really had two goals for the trip which were to stay safe [from COVID-19] and train hard in the off-season so I am in good shape for competitions later on in the year. There were sections of the Moscow European Championships that I was really proud of but also areas for improvement so the trip out to Spain was aimed to reset and start to plan ahead for the future.

How did you prepare for the trip?

I didn’t do any specific preparations for the trip but I had just finished the European Championships so I went into the trip feeling pretty fit.

What turned your eye to first ascents?

I have always been keen to try and do first ascents but when I have gone on trips before, I always had very specific goals in mind so never had time to look at new routes. Being out in Spain surrounded by the highest density of hard sport climbing anywhere in the world, it was very hard not to be inspired to try and add to it in some way.

How does climbing first ascents differ to repeating established routes?

One of the things that appealed to me was trying to solve problems where there was no predefined beta and the challenge therefore was to firstly see if something was possible or impossible! If I was to look at this from a performance perspective, the process of solving a route with no pre-defined beta is a core aspect of competition climbing so it seemed a great opportunity to develop that aspect of my climbing on really challenging lines. 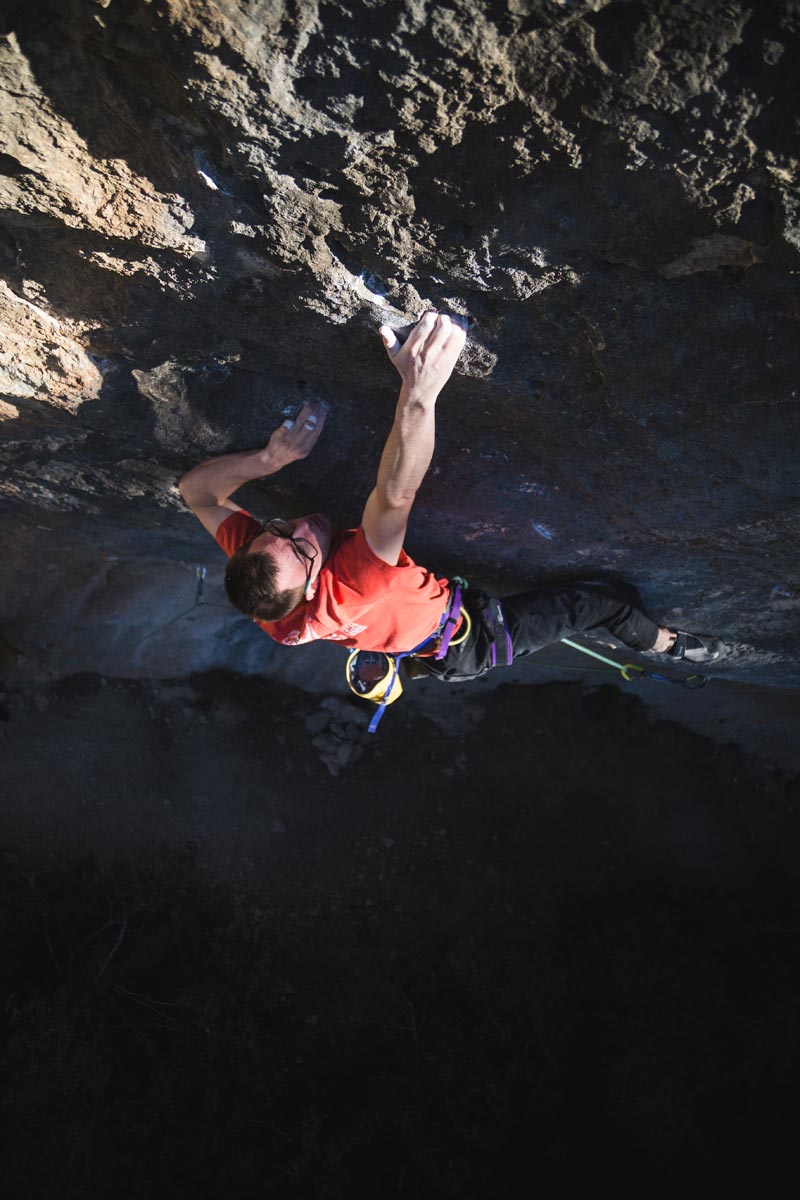 Tell us about the specific climbs! What were they like?

Furia de Jabali (9b) is a real power endurance challenge, consisting of around 16 very hard moves before you join into the second half of Jungle Speed (9a). The crux of the route is the last couple of moves before joining Jungle Speed, just as you are nearly out of power so I had to keep fighting hard all the way on this one!

Last Night (9a) is quite different in style as it revolves around one very hard move which I reckoned would be the equivalent of an 8A boulder. After the boulder, the route isn’t so hard but the climbing style is very fun and athletic! To finish the route you have to mantle the top of the crag which is way harder than you want at the top of a 9a but makes topping out very rewarding!

First Ley (9a+) was my main goal for the trip. The route is the easier version of Chris Sharma’s First Round First Minute 9b. It climbs the whole bottom half of the route up to the rest but instead of doing the last boulder, First Ley heads out left and does an easier finish.

With the hard climbing being only the first 8 meters this route was far more my style and on day three I fell just missing the pocket at the end of the hard climbing! Unfortunately on this attempt I cut my ring finger on the only pocket in the hard section. This meant I was unable to repeat that move and two days last the snow came.

It took the next month and a half for the route to dry after the snow... however even after all this time my finger had still not healed enough to do the move. So I had to take another two weeks off the route to get my finger properly healed, the route went down the first session I could repeat the move! It’s definitely one of the best routes I’ve climbed and I can’t wait to go back for the full version.

Estado Critico (9a) is definitely one of the king lines of Siurana so I’ve always been drawn to it. I did try it once 4 years ago but felt it was just way too hard for me at that time. With being out here for a long time it made sense to actually commit to trying and putting the work into this 30 meter beast!

It took me only 4 sessions in the end this time. Which really surprised me, on the second session I had already climbed through the “crux” of the route which is a boulder in the middle, but fell shortly after. Every attempt after I climbed through the crux and slowly worked up the route falling almost a move higher each time. On the send go everything just seemed to click and I was able to rest well and actually arrive at the top section feeling fresh and not pumped!

Even though it is only graded 9a I reckon it could be the hardest route I’ve done with it being so long and endurance based! Although the send go felt ok every go I felt the route seemed crazy hard. Also with it being a long route comes the mental challenge too! On the flip side clipping the chains was one of the most rewarding climbing experiences I’ve had.

Do they suit your style?

Both routes suit me extremely well! Like the other routes at the crag (La Capella, Jungle speed), they are gently overhanging and very crimpy which suits me all day long. Also, as all the hard climbing is near the start, it suits my bouldering style. 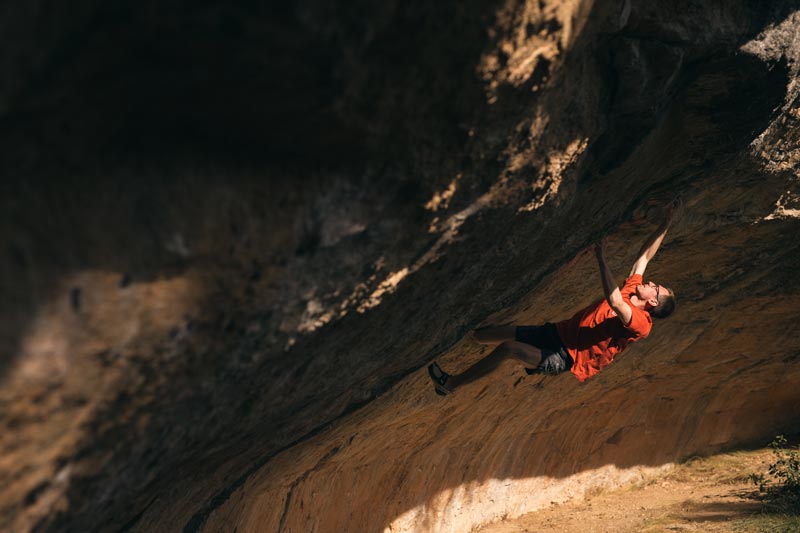 You also tried some of the bouldering out there, adding another first ascent as well as a repeat of Bhai Bon?

Bhai Bon 8B+ is an absolute brilliant line established by Dave Graham back in 2003. It took till 2018 to see a repeat but I think I got the 7th ascent.  Although a lot of the footholds are small, it climbs in a very gymnastic style with the crux move being a huge slap between two crimps.

The day I sent Bhai Bon, I was at the crag by myself and started the day off by checking out another route project at the La Capella sector before heading up to the boulders. As the crux moves suit me very well it only took 5 goes to stick the crux move but I fell on the very last move and tore my skin up. This meant I had to put a lot of tape on making the start harder and ended up taking another 5 goes to send!

I came back two days later to check out this amazing project just to the right of Bhai Bon. This would be the sit start to an jump start 8a+. The sit adds three ok moves and then three really hard moves. These moves all revolve around a crazy drop knee which holds you into a really small crimp on a very steep wall. The sequence ends by taking a big swing on the starting holds of the jump start. Like Bhai Bon you finish by topping the crag out.

It took the whole first day to get the moves figured out enough to start linking moves together. I then came back two days later after resting and was able to get the send after about 6 attempts from the ground. However it was at the absolute limit for me, almost falling on every move of the 8A+ ending and XXXXXX was born!

This is why 8C seems like the right grade to give it, as it felt significantly harder than Bhai Bon and took longer to finish but I would welcome others to try it. It is also worth noting that it fits my style of climbing perfectly with the small crimps and drop knees.

Where are you now?

I am back in the UK now. I had planned to stay out for a lot longer but because of the 90 day limit put in place after Brexit I had to return to the UK.

Plans for the year (reflect how hard this is in the current climate).

It is very hard to make plans for the rest of the year due to the global pandemic.

Ideally, I am keen to compete in competitions again and get some more time on real rock as lockdown rules will begin to be relaxed.

More in this category: « James Dufton complete first blind lead of The Old Man of Hoy
back to top