At 22:10 on 4th June Jesse Dufton and sighted partner Molly Thompson made history when they summited the Old Man of Hoy – Jesse was the first blind person to lead the 450ft Old Red Sandstone seastack.

Jesse lead climbed the classic East Face Route (E1, 5a***) which was also the route by which Chris Bonington first ascended the stack in 1966 (and later re-climbed for the BBC’s The Great Climb in 1967).  Molly seconded and offered placement tips via handsfree radio, though due to the nature of the climb Jesse often had to climb on feel alone. Commenting on the climb Jesse said “I did it! A clean onsight lead of the Old Man of Hoy.  I led all 6 pitches placing my own gear, feeling my way up.  This is the most adventurous hard Trad rock route I’ve done.  It was truly epic.” 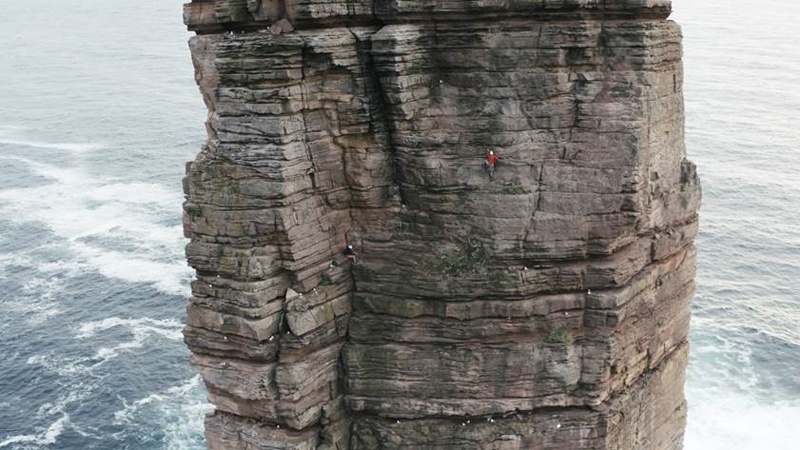 The ascent marks the culmination of a joint project between Jesse and director Alastair Lee, who is making a film about Jesse to form part of the 2019 Brit Rock Film Tour – both of which are supported by Montane.  For the ascent of the Old Man of Hoy, Al climbed a pitch ahead to film jesse from the route itself, alongside supporting cameras on the mainland and in the air via drone. 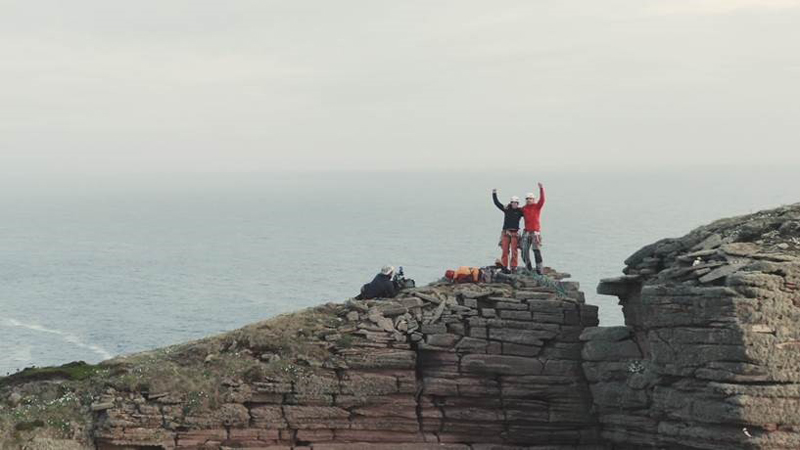 Due to weather limitations the attempt could not be made until the day the team were due to leave Hoy.  Once the weather changed they had to walk for over an hour from the campsite, and then ascend the steep slippy cliffs to the base of the stack.  This 300m section alone took approximately 1.5hrs.  As such, climbing did not commence until 15:00.  Even with the long days experienced at the Orkneys latitude, time became a constant worry. 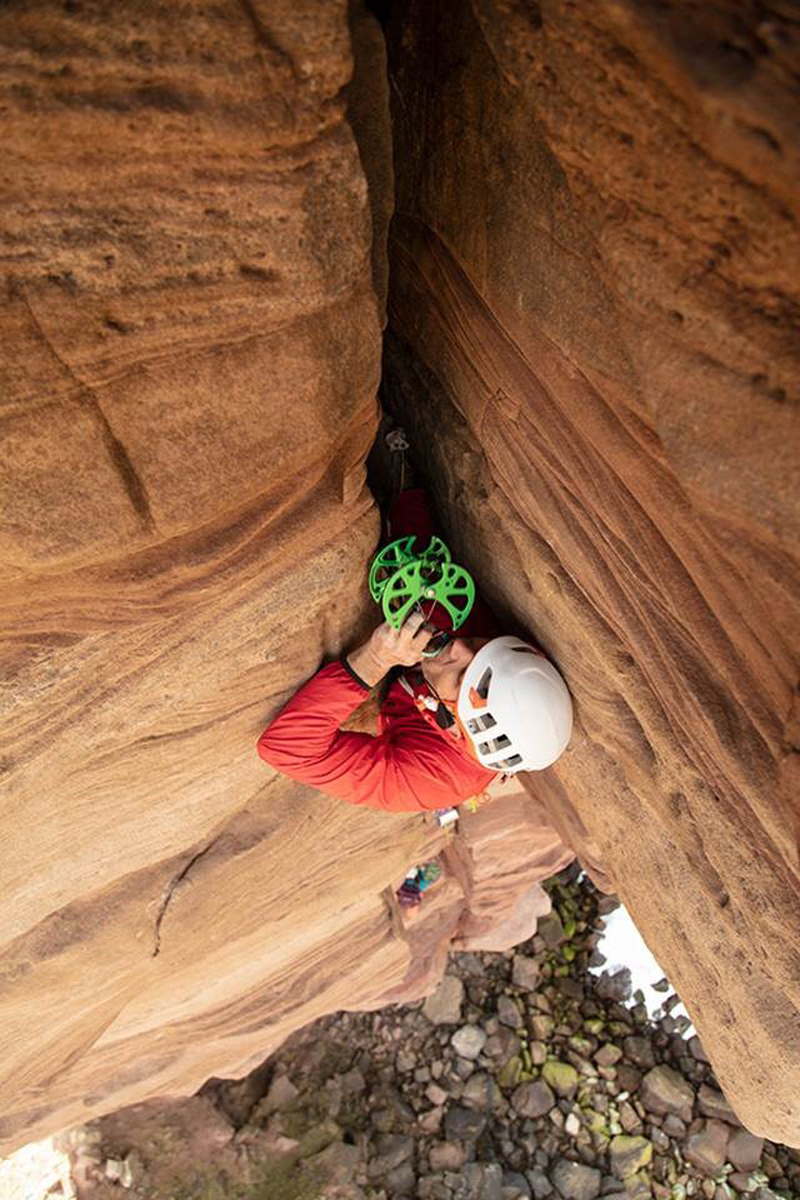 “I’ve never seen him searching around for holds so much, holding himself in strenuous positions as the obvious footholds sat quietly unused and all the sand on the holds. It must have felt pretty insecure to say the least.  But on he battled, and what a glorious ascent it was.  Staggering.” said Alastair Lee of Posing Productions & Brit Rock Film Tour

The ascent itself attracted attention from local media as well as the specialist climbing and outdoor media with Montane giving regular updates on their website and social media channels.  Montane recently announced as the headline sponsors of the Brit Rock Tour.

More in this category: « Olympic hopefuls and amateur enthusiasts to compete side by side at Rab CWIF Will Bosi climbs first ascent ‘King Capella’, proposes 9b+ »
back to top

MyOutdoors @MyOutdoors
News: Kangchenjunga by Doug Scott will be available for pre-order this Friday on @VertebratePub website. Sadly, Dou… https://t.co/tZedce3ibM

MyOutdoors @MyOutdoors
RT @NaturalEngland: Have your say on 2 new proposed routes for the #EnglandCoastPath in Lincolnshire and Yorkshire. The 90 miles of improve…