The Alpkit Koro is a lightweight remote canister gas stove at a sensible price made in China for the Nottingham based company. Based on high altitude research and constructed using titanium it provides a stable and reliable burner at temperatures well below zero. 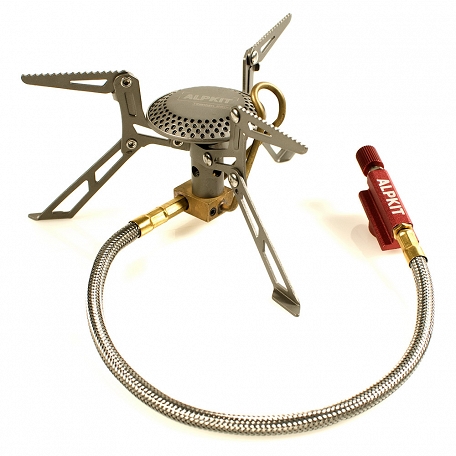 What the manufacturers say:

An expedition needs plenty of firepower and the Koro remote canister stove has this in plenty. But this is no gas guzzler, a brass pre-heat tube ensures the fuel is vaporised by the time it reaches the burner. The result is a constant and controllable flow of gas which reduces spluttering and works better in freezing conditions.

A good stove is an efficient stove and the wide burner head spreads heat evenly across your pan base. Koro also integrates tightly with our Concertina windshield which can wrap closely around the stove without the risk of overheating the gas canister. This will reduce gas consumption and reduce boiling times in windy conditions. The advantage of a gas canister stove over a multi-fuel stove or liquid fuel stove is the ability to control the flame with a spin of a knob allowing you to cook rather than incinerate.

Based upon a design originally developed for use on Everest expeditions we have exclusively re specified the stove body in titanium to make it as light as possible. 3 retractable legs ensure the stove remains stable even with a decent group sized cooking pot but can still fold away into a compact size for stowability.

Made for Alpkit by Fire Maple, who are rapidly becoming one of the world’s foremost gas stove manufacturers

We have to start by admitting we like remote canister stoves. While there's a case for the heat exchange style stoves which hang well in a tent there's very little reason to keep a traditional canister-top stove. The remote canister set-up and preburner provide better control all year round and mean the difference between eating and not eating when the temperature falls only slightly below freezing.

We took the Koro up to a wet campsite in the Lake District in November for it's first test, where it took in everything from camp cooking to making batches of sausage and bacon butties from the boot of the car. The temperature was never going to be an issue but it made an ideal opportunity to compare it with the Kraku canister-top stove from the same company. In real life the time difference in boiling half a litre of water was negligable but where the Koro really scored was in its stability. The Three legs are a bit awkward the first couple of times you try to pack it away but on the ground it's a very stable set up with anything up to a 2 litre pan. The legs aren't so bad for packing either once you've worked out wrapping the fuel delivery tube around the body after folding the legs. 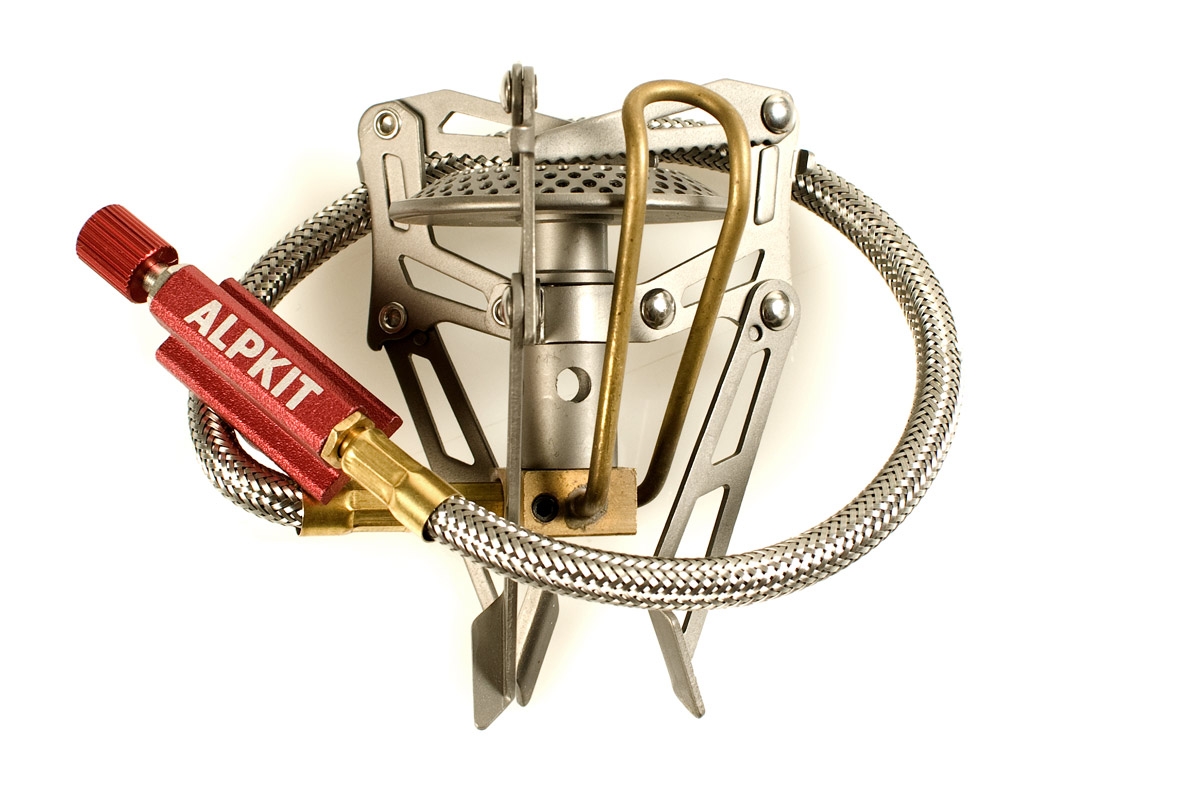 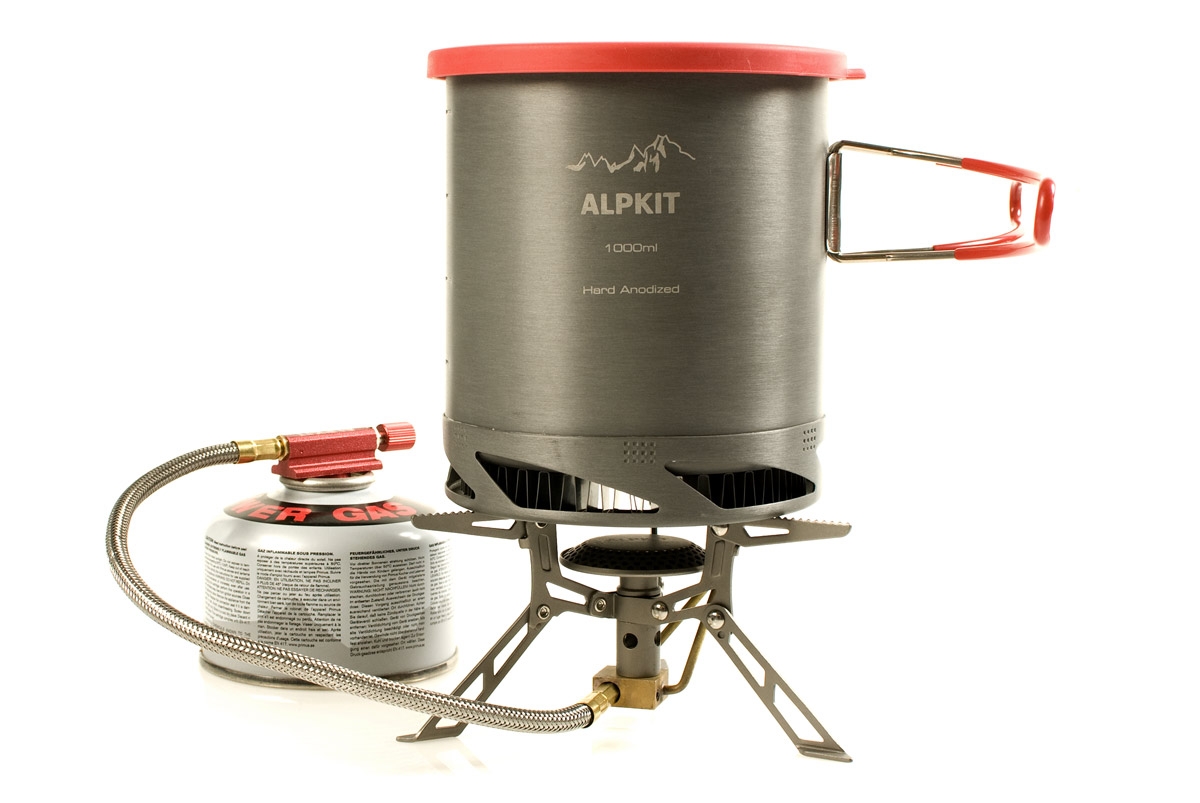 Combined with the 1lt Brupot the Koro proved a great substitute for a Jetboil as the temperature dropped in our late December tests. The extra stability again stood out but the heat exchange system of the BruPot was almost as efficient as the much more expensive alternative. The tight level of flame control was also a massive bonus combined with a large burn head when using the Koro with a large, open, pan; giving an even heat and no noticeable hotspots.

What will be really interesting is seeing how the Koro works with the new Winter Gas from Primus, which works much better in low temperatures, but at £35 it's worth it even with standard gas for the stability and control alone.

The Alpkit Koro is available from Alpkit