The UCI Mountain Bike circus rolled in to Lenzerehide, Switzerland over the weekend of 8th and 9th of July and together with Swiss Tourism we sent renowned photographer Henry Iddon to take in the thrills and spills of a World Cup weekend.

The XCO ( Cross Country Olympic ) would be the 4th event of the series and the DH ( Down Hill ) the 5th. The next stop wouldn’t be until nearly a month later, ( 5th / 6th August) allowing riders and crews to give it full gas before a taking a time out and heading to Mont-Sainte-Anne, Canada n August.

In the women’s downhill GB’s Rachel Atherton was back racing after a dislocating her shoulder at Fort William WC meanwhile in the mens XCO French superstar Julian Absalon was going to miss a duel with World and Olympic Champion Nino Schurter having broken his collarbone in a training accident. 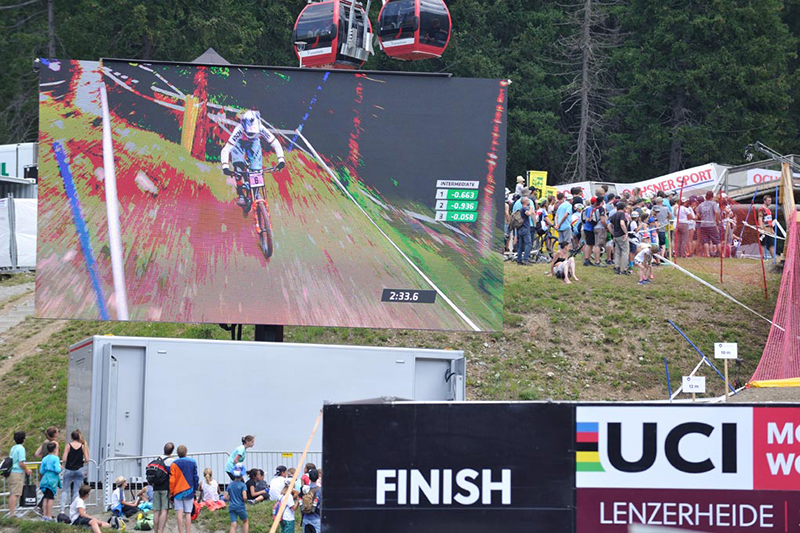 Downhill practice had been on a very dry dust with little traction but some overnight rain had added some moisture and much needed grip to the dirt.

First off were the women, Myriam Nicole taking the win for France and a delighted Rachel Atherton getting on the second step of the podium, although the biggest cheer was for Swiss favourite Emilie Siegenthaler. Tahnee Seagrave and Manon Carpenter made it three riders in the top ten for GB. 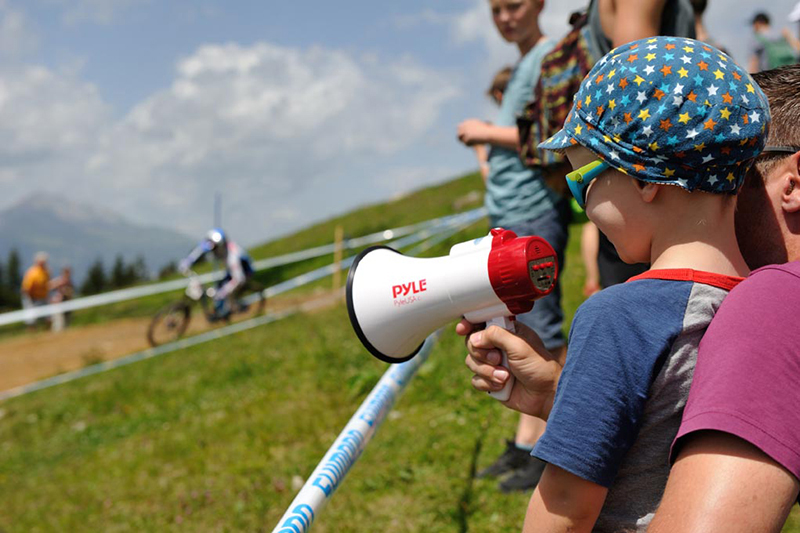 In the mens' race Brit Phil Atwill was the first to post a quick time from a start number of 65/82 but that was eclipsed immediately by compatriot Laurie Greenland who followed him out of the hut. It wasn’t until Great Britain’s World Champion Danny Hart crossed the line with only five others to go that fellow Mondrake rider Greenland’s time was beaten.

Neither Loris Vergier or Loic Bruni were flowing so it was down to Greg Minnaar to lay it down and nail his 75th career podium by 2 seconds. Troy Brosnan pushed hard but couldn’t knock Minnaar off top spot, so it was down to the stars and stripes of Aaron Gwin who was flying down the course and was up by a second at the first split before - phhhh - a puncture. Gutted, the four time overall World Cup Champion trailed in 51st. The win was Minnaar’s, his 21st career WC win and second of the season. 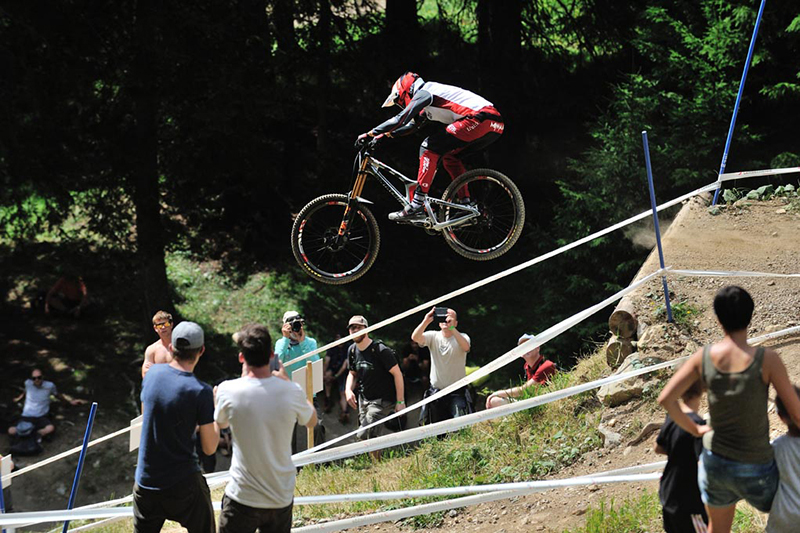 Sunday dawned overcast with rain forecast, and so it turned out with the UCI dropping a lap from both men’s and women’s races which took place on a 4.2km circuit at 1500m above sea level, with along opening climb followed by a series of short lung busters and rooty loamy forest sections. 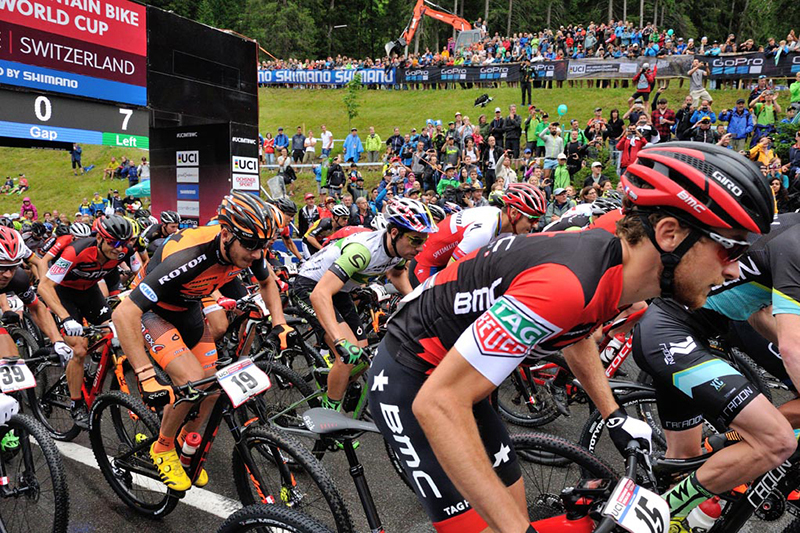 Maybe it was the typically British weather that allowed Britain’s Annie Last to feel at home and catch Norwegian legend Gunn-Rita Dahle Flesja with two laps to go and take GB’s first Women’s WC XCO win for 20 years. Caroline Alexander being the last to take the top step in St Wendel Germany in 1997.

In the men’s race the absence of Julien Absalon in theory opened the race up, but Schurter yet again proved untouchable with 2012 Olympic Champion, Czech, Jaroslav Kulhavy coming back from illness and injury to take 2nd and Russian Anton Sintsov 3rd. 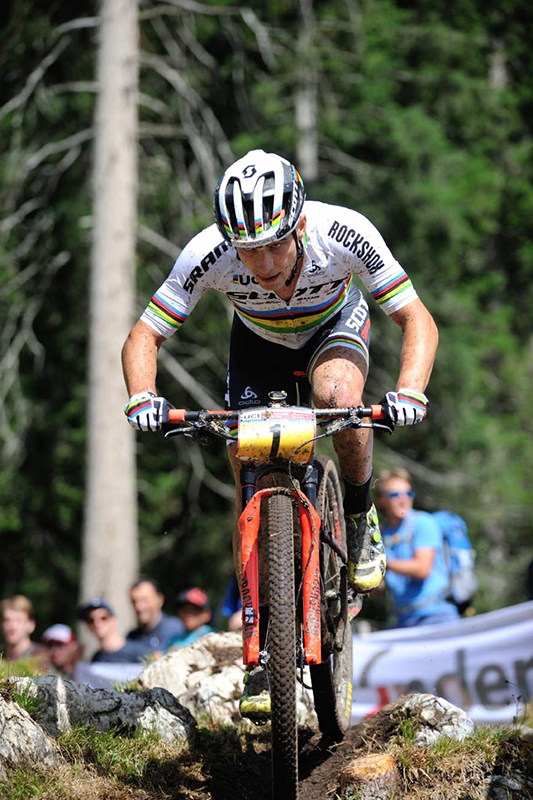 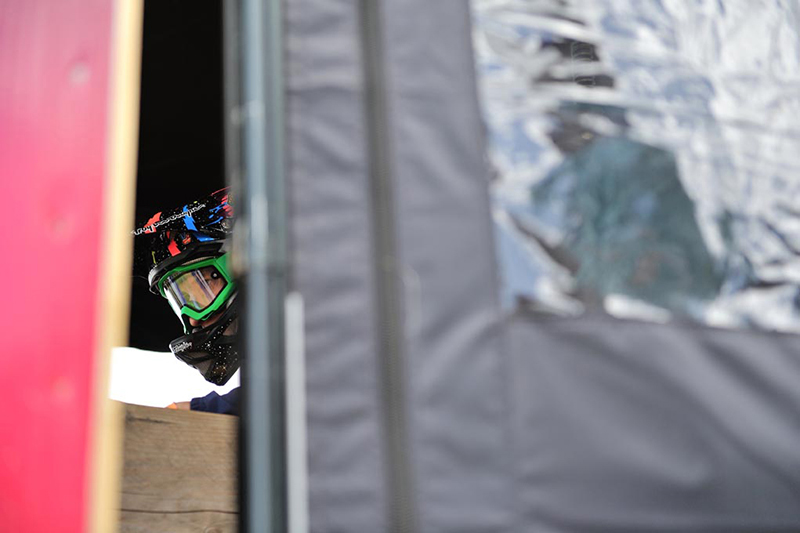 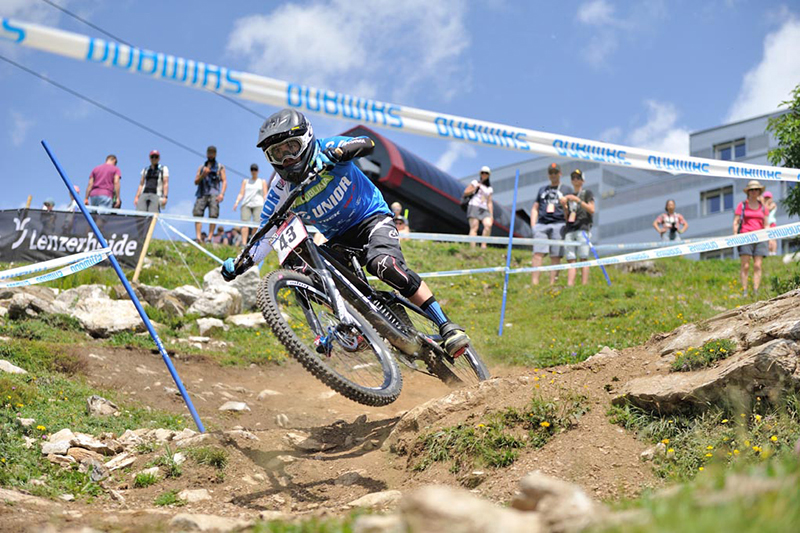 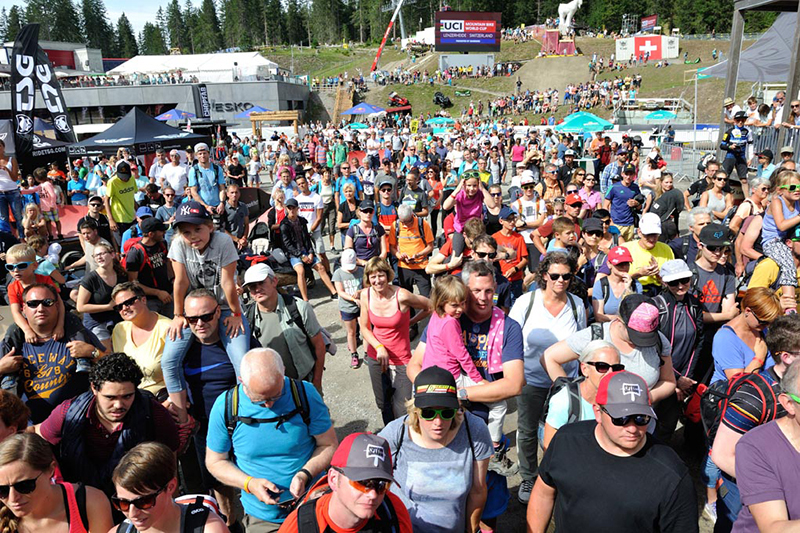 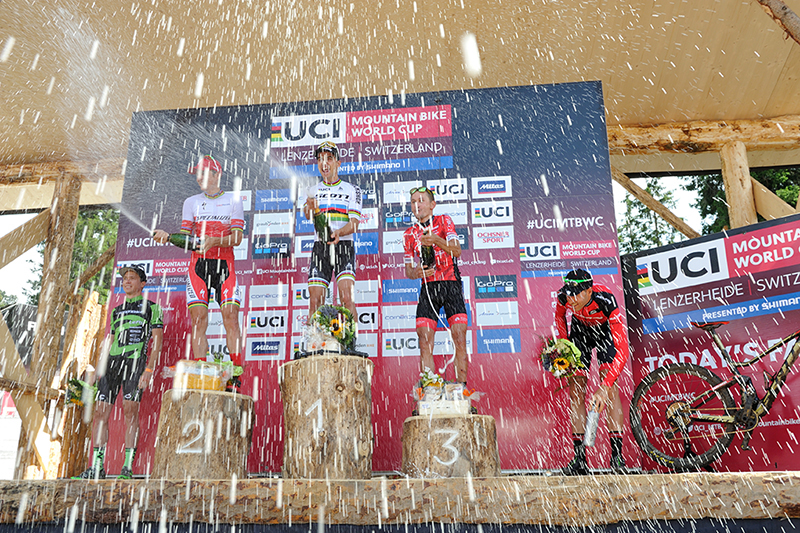 More in this category: « An evening with Neil Gresham and Kenton Cool Everest, the Eiger and More - An audience with Sir Ranulph Fiennes »
back to top