To sum up your life in just one minute for each year is pushing the limits of precis, but to achieve it for a life as significant and headline grabbing as Sir Chris Bonington's is an almost impossible task. I say almost impossible because in Bonington - Mountaineer (My Life Story) Brian Hall and Keith Partridge have produced a biopic of lasting, historical, importance.

Through a combination of archive footage and photographs, many previously unseen, and intimate interviews the producers lead you through an extraordinary career from early beginnings at Harrison Rocks to a unique legacy as the most recognised British mountaineer. A journey that saw him adapt to a changing style of mountaineering while remaining an active link between the expedition styles dating back to Mallory and the modern "fast and light" alpinist. It's a journey of great highs and desperate lows; reality-changing successes and soul destroying tragedies, but even in his 80's Bonington still says "I never thought of doing anything less dangerous, less difficult".

From Harrison Rocks the story moves quickly through an apprenticeship of extraordinary brevity under Hamish McInnes that saw his first trip to the alps start with an aborted objective of the notorious North Face of the Eiger. The 60's see Bonington taking the alps by storm with a supporting cast of now legendary figures while bringing climbing to the general public with a ground-breaking BBC outside broadcast from the Old Man of Hoy presented by a young looking David Attenborough and Chris Brasher. In achieving success on the Central Pillar of Freney and the Eiger North Face Sir Chris also achieved the previously impossible; earning a full time living exclusively from mountaineering. 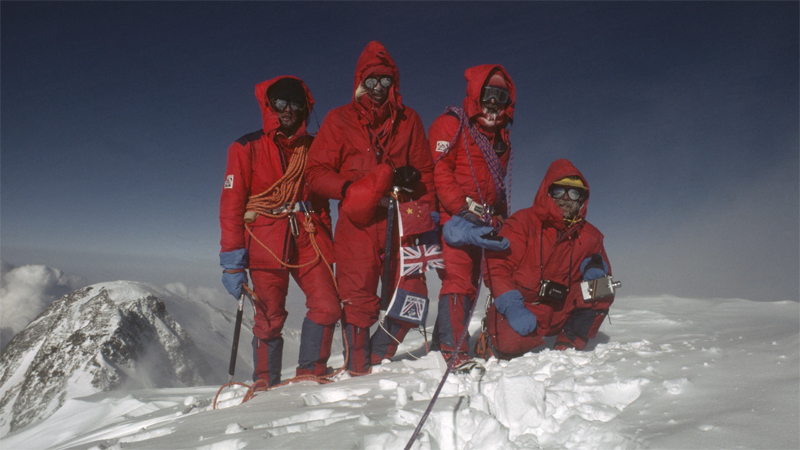 As the 60's gave way to the 70's the impressive list of first ascents grew steadily longer, although the attention was now on the Greater Ranges, and the Himalaya in particular. Annapurna II, Annapurna South Face and Everest South West Face fell as Bonington stepped into the role of expedition leader that would come to define him in the eyes of many. In the process he not only witnessed, but was instrumental in, a sea-change from the seige tactics of the past to smaller, alpine, style climbing. The attention shifted to first ascents of the Tower of Paine, Kongur and the Ogre - where success was followed by a legendary 5 descent with Doug Scott, Scott with broken legs and Bonington with broken ribs

The successes didn't come without a price, and even decades later tears are never far from Sir Chris' eyes as the list of fallen friends grows; Pete Boardman and Joe Tasker; Ian Clough; Mick Burke; Nick Estcourt; Don Whillans; Dougal Haston; Tom Patey; Al Rouse and Ian McNaught-Davis.Each loss has left a lasting impact, "You never get hardened to the loss of close friends" he he says, explaining that "The thing I think has been a focus for me, for why I've climbed,is actually the people with whom I've climbed." 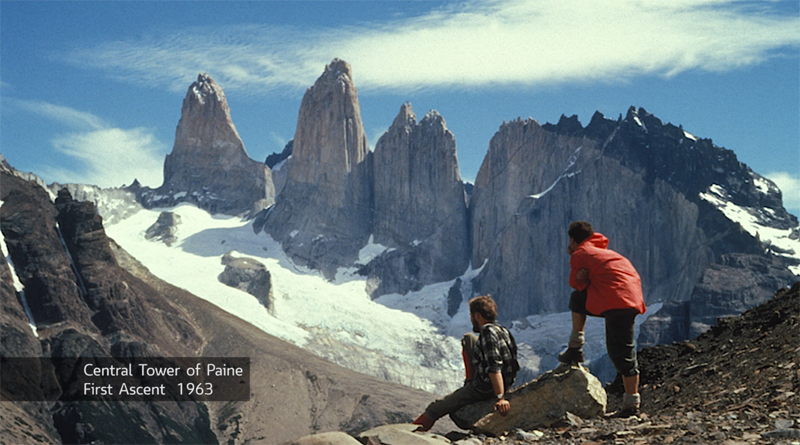 While Bonington had no interest in Everest in the 60's and 70's, even when in close proximity putting up a first ascent on Nuptse, it eventually became something he needed to get "off his back" and in 1985 he summitted with Arne Naess' Norwegian Expedition, talked up the final slopes by an imaginary Doug Scott on his shoulder. With Everest behind him, and very aware that "you have fewer and fewer friends who are left" he's now able to climb for the pleasure alone. Having lost his wife and soul-mate cruelly to motor neuron disease he's found happiness again with, Loreto, the widow of former climbing partner and friend Ian McNaught-Davis. At the age of 80 he returned to the Old man of Hoy, this time with the leading light of the new generation, Leo Houlding, to recreate his 1967 televised climb. In his own words "creaking" up climbs these days, but determined to "live life to the full" into his 90s. 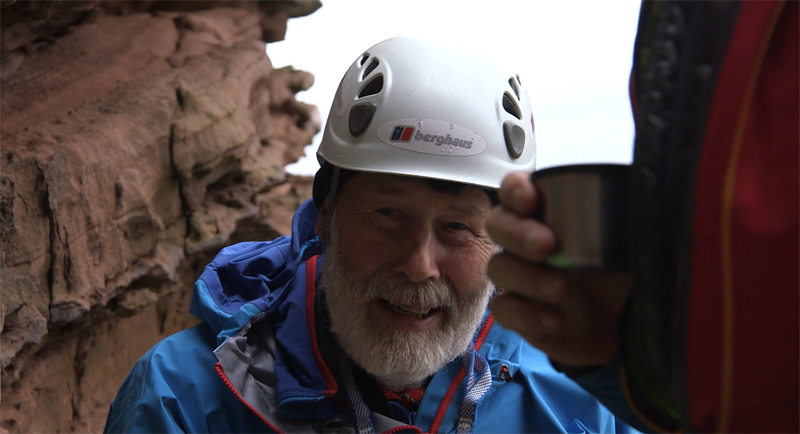 Technically the film is superbly made, the relationship between the director and subject allows the film to be brutally honest and intrusive at times and in this recording the viewer sees an already much loved icon with a new sense of respect. With a knighthood in 1996 and positions in countless respected bodies Sir Chris has been around so long that to many he's seen as part of "the establishment", but Bonington - Mountaineer dispels that myth. He didn't just break the rules, he rewrote them. He did the impossible when "enemies and even friends" doubted him, rode to the alps on the back of Don Whillans' Norton and returned from the Himalaya in a disintegrating Hillman. With two autobiographies under his belt now was the time for this film and in Keith Partridge and Brian Hall the choice of producers couldn't have been better. It's both a deeply personal film and a valuable historical record of a legendary figure in his own words.

Bonington – Mountaineer is available on DVD, price £16.95 from Amazon or Cordee or as a Vimeo download for £10.10

All Images screenshots from film © boningtonfilm.com