Q&A with the Magnetic Mountains Team

In the early part of 2016 a Kickstarter campaign started that peaked a lot of interest, especially mine. Here at My Outdoors we even tried to do our bit to help the team get to their target. We were very pleased when it did, I'm sure that the team at Everyfield Productions were a lot more jubilant. Since it’s release in Europe the film has been nominated for a prize at the International Mountain Film Graz, out of 115 films selected.

The films catalyst was an accident which involved Steve Wakeford, the films director, falling off a route in the Petites Jorasses, I don't want to delve into the details as you'll need to watch the film for that. However, this has brought a lot of famous faces together to give their opinions on why mountains attract us the way they do.

I have watched with interest when the teasers and trailers dropped online. Then earlier this year I was fortunate enough to meet up with the production duo, Steve and Menna Pritchard, the films producer. We discussed the film then, since I was able to further this with a few questions to allow Steve and Menna to explain how the filming and production process has impacted their lives. 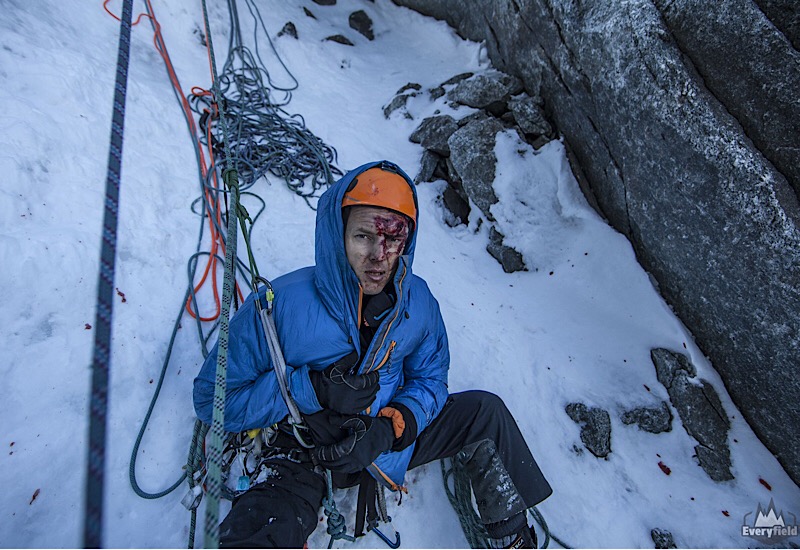 By hitting them straight up with a real human story. It was hard to be completely open with raw emotion and honesty but hopefully the viewer then trusts me to take them on the following journey. As the film develops my questions are posed clearly to both the viewer and our cast. We sought a wide variety of opinions from pro climbers, family, non climbing friends, psychologists, and a professor of ethics. Our main aim is to provoke conversation and then hopefully the viewers will question themselves. We have always had a strong mantra in our heads throughout filming – “this film has to be universal, it has to appeal to my mate’s mum who knows nothing or cares nothing for climbing.”

The Kickstarter campaign was in the early part of 2016, originally there was mention of the release date being later that year, why are we just getting to see it in November 2017?

The plan was to finish filming in Spring 2016 and spend the summer editing ready for release later that year. During the spring we had a lot of setbacks (weather, avalanche risk, injuries, availability of additional crew etc). We actually continued to film throughout 2016, including securing some really key interviews over the following 12 months. Our last day of shooting was actually in October 2017 (although the majority of the film was cut by then too!).

As well as filming running past our intended delivery date, we also wanted to give the edit the time it deserved. It took us about 6 months in total to edit the last 3 years of Steve’s life into an 85 min film. Being so personally attached to the story meant that during post-production we also sought the advice of many others to ensure the film really looked after the viewer.

The film has been a real labour of love for us both - but it also wouldn’t be the film it is today without the valued input of so many incredible people. We are beyond grateful. 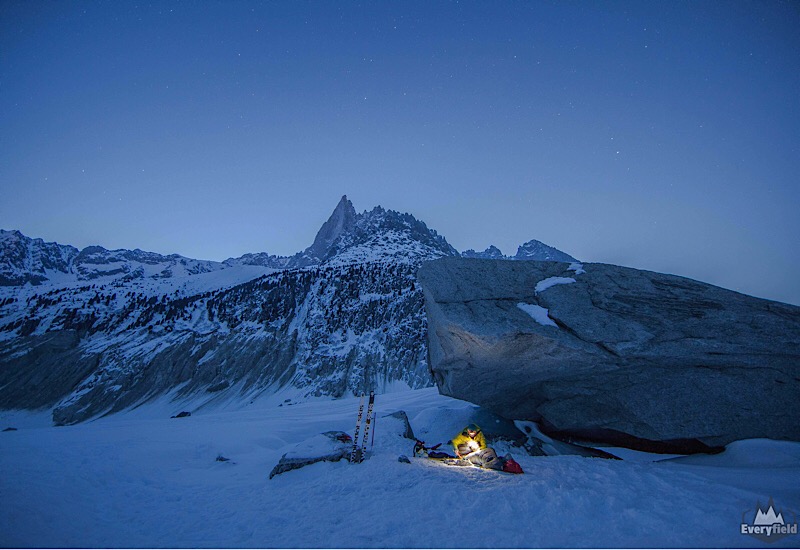 From the excerpts and social media posts there is an all star cast of interviewees, how did you manage to get them all on the roster?

It really was as simple as sending out an email. Steve shared his story and the intended message of the film with them, and asked if they were up for being interviewed. Everyone who was asked said yes! Then came the difficult part – the logistics! The first round of interviews involved a 2000+ km round trip through Italy, Slovenia, Austria, Switzerland and France in 3 days (and Steve House hadn’t even confirmed the interview yet!)

In total we had 48 interviews – and nearly all of them took a day to log. We then had to interweave them into Steve’s personal story. There was so much good content - we had to really “kill our darlings” and lose so much stuff we loved – but the film couldn’t have been 3 hours long. What’s left are the themes that struck a cord most with Steve, ones that we hope will also speak to the mountain community as a whole – as well as those outside of it. 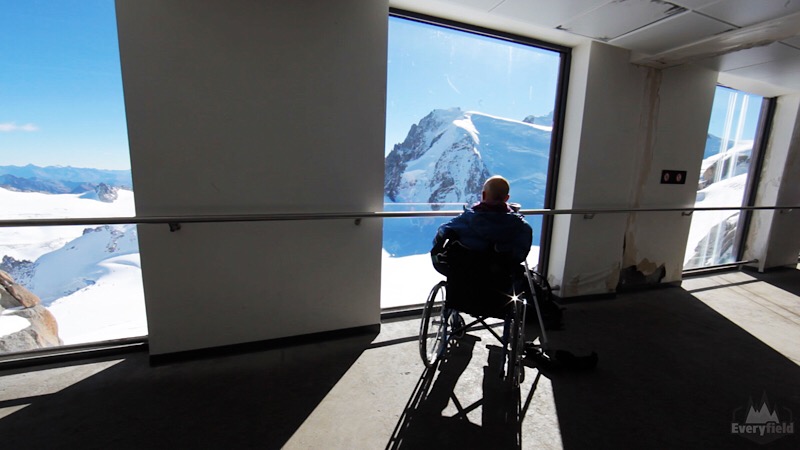 When was the moment you first realised you couldn't stay away from the mountains?

Immediately after my accident. That was the paradox – if you burn yourself on something you don’t touch it again but I fell 70metres and was immediately training, both mentally and physically, to go back. However initially this was for quite dark reasons. It was to prove myself again as I had messed up so badly. I wanted to go back to rebuild my ego, to prove to myself and others that I could climb it. There is a lot of ego in climbing and it’s potentially a major draw to climbing – being able to show people how rad or good you are. However, hopefully the viewers will see that as the film goes on, I mature and other reasons, more profound ones, come into play and hopefully my ego settles. 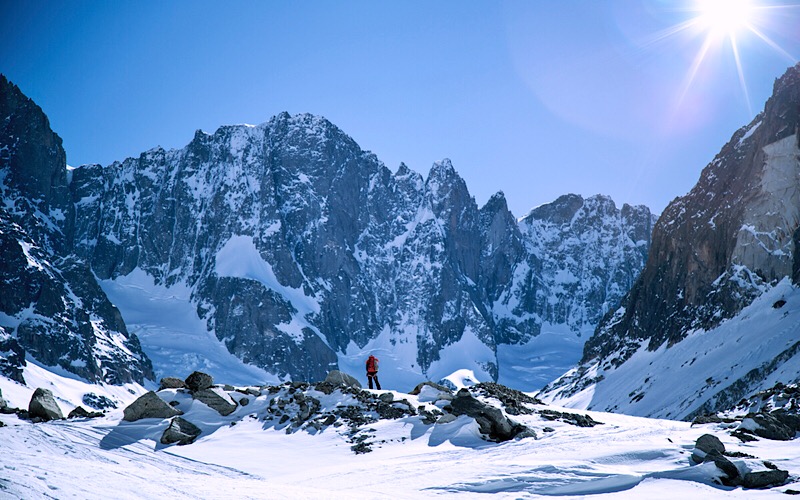 Did the filming you were doing speed up your return to the mountain?

The filming actually did quite the contrary, the opinions we were receiving taught me the key of being prudent, of not excessively picturing my own capabilities, to wait for good conditions, spend time with the family and respect my vulnerability. 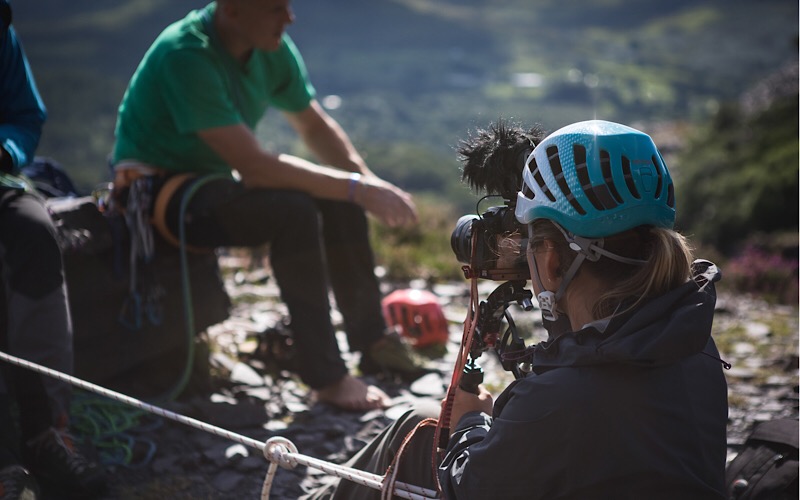 How has it been to see what happened to Steve unfold on film?

I’m inspired by the journey that Steve has been on – turning such a negative experience into something I believe is rich and beautiful. I have also learnt a lot from his commitment to, and passion for, the film.

Working on such a deeply personal project has obviously impacted both of our lives as well.

Was Wilde right when he said “Life imitates Art far more than Art imitates Life"? Art affects the way we look at the world; the way we look at the world affects the art we create. As the film progressed, the process led to Steve needing to ask further, more challenging questions - both of himself and the community we’re a part of. Is playing in the mountains selfish? What impact does it have on our relationships? What influence does social media have? Can the risks ever be justified? In asking these questions for the sake of the film, our lives were also sculpted by the answers, which in turn impacted the direction and message of the film.

To now reveal this all on the big screen is intimidating – especially for Steve. After spending nearly 20 years in TV trucks, cutting together short video pieces, pressing a button and never seeing the audiences reaction – it’s quite extraordinary standing in front of 100+ folk to present the film, to hear their reactions in real time, and their thoughts following! I hope that Steve’s honest self-examination is something that a lot of people will connect with. 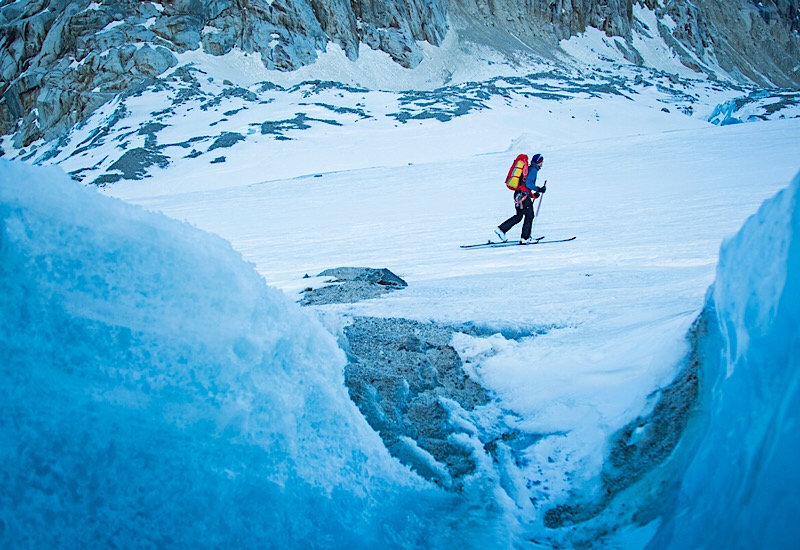 Now that little Ray has recently appeared, has that changed your approach to risk in the mountains?

I don’t think it’s all to do with Ray, it has to do with realizing that every life (even mine) should be respected, every moment is precious and being in full health and alive in the first place is sacred. Initially I wasn’t happy to be alive, I was pissed off that I was in a wheelchair. I needed to mature. As did every single pro climber that we spoke to. They all said “wow, my early years, the things I got away with”. But luckily they all matured, they came to respect their own life and so have I. Sure, Menna, Ffion and Ray are a huge factor in allowing me to be super happy. They help me appreciate life and hopefully the film will remind everyone to value time with their family and friends more but whether we have a close family like that or not, everyone should act prudently. Its an issue though, enthusiasm can far outweigh experience and that’s dangerous. 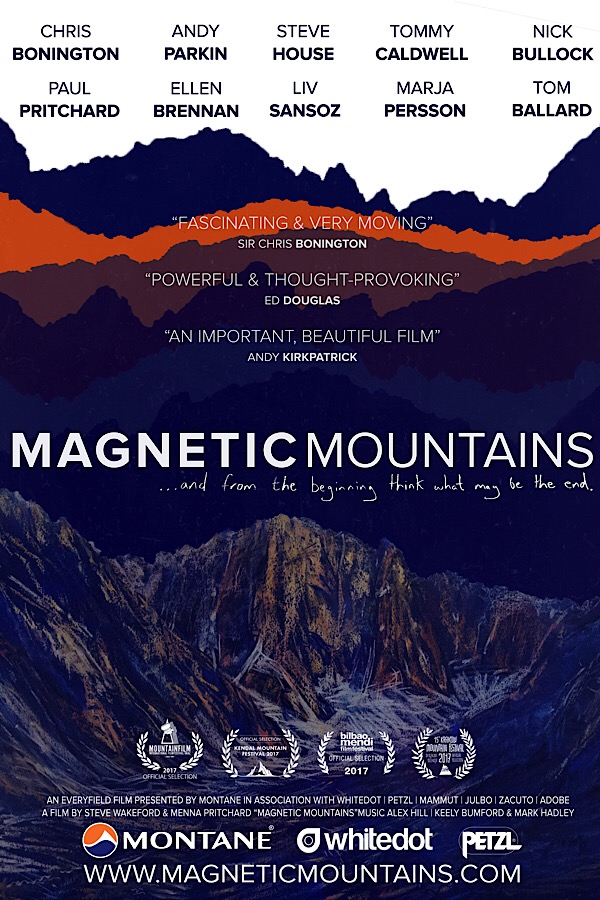 Magnetic Mountains had its world premiere in Chamonix , as this is the teams home, it has and will be shown at Mountain Film Festivals across Europe and will see its UK premiere at Kendal Mountain Festival. The film is available for pre-order on Vimeo now.

I have resisted the urge to ask for any preview as I want to see it on the big screen first off, skimming the reviews on-line already the film won't disappoint. Although I already knew this after seeing the passion and energy Steve and Menna have put into producing Magnetic Mountains.