Ok. Full disclosure; I’ve never really got La Sportiva. I’ve found their aesthetic too garish and their kit too impregnably technical for my delicate sensibilities. A brand of unashamed achievement, to the ‘common lesser-titted-outdoorsman’ they breathe rarefied, high-performance air. Albeit without the ease and glamour of others in this space – I’ve always thought they’d prefer the hard-won victory, that anything less than 100% commitment and effort was not to be bothered with. This gives them an almost anti-social aloofness – if you’re in a pair of black and yellow shoes or boots you are ready to claw success from the bloodied hands of endeavour. I don’t think I’ve ever seen anyone in anything La Sportiva look like they are actually enjoying what they are doing. 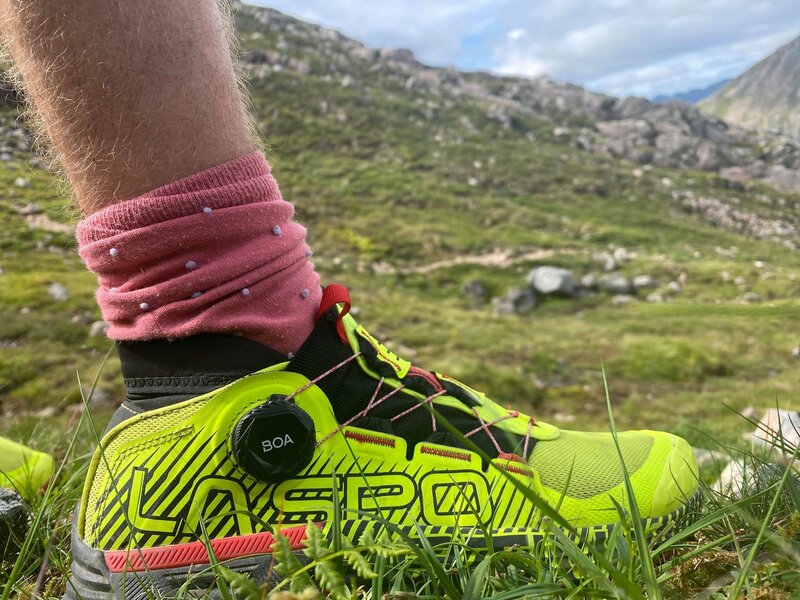 So, it was with great trepidation I agreed to review the Cyklons. The only experience I’d had of La Sportiva was climbing shoes and mountaineering boots – both areas they enjoy well-deserved success, so I was keen to see what a trail shoe by them would look like.

Initial impressions were good; they look suitably tecky and rugged, yet are almost disconcertingly light. The upper fabric has an aerospace-y quality to it that, when juxta-posed with the overly ruggedised lugs and sole, reassures you that a lot of thought has gone into them. The shoes came with a pair of dedicated running socks, which I probably should have worn to get the full intended experience - that's one for next time. 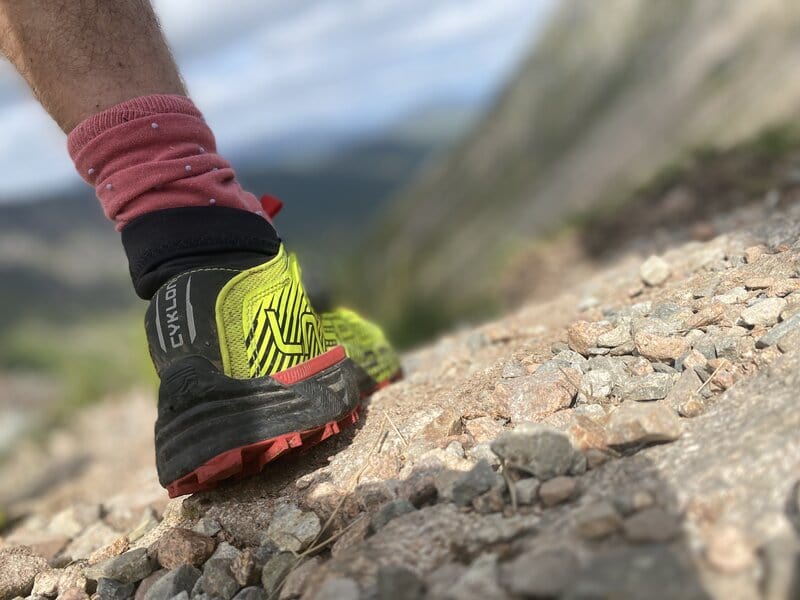 On the foot it is clear the shoe was built around the BOA system. Every technology and feature clearly works in support of – and in symphony with – it, and the way it holds your foot is fantastic. Despite the level of tech and thought involved, they feel very elemental, like an Ipad or one of those metal baseball bats. The built-in ankle gaiter, traditionally a feature of annoyance for me, works very well; secure yet unrestrictive.

Despite all this positivity, I really struggled with them for the first month I wore them on my local trails. While the fit remained first-rate, I found the sole unresponsive despite their lightness, as if all this technology was just there for the sake of it. To quote the precautionary tale Jurassic Park; “Your Scientists Were So Preoccupied With Whether Or Not They Could, They Didn’t Stop To Think If They Should.” What originally impressed me as a considered application of clever things was beginning to appear gimmicky.I had already been on a roller-coaster of a journey with La Sportiva, and was saddened that such promise was threatening to become a Hellenistic tail of hubris. 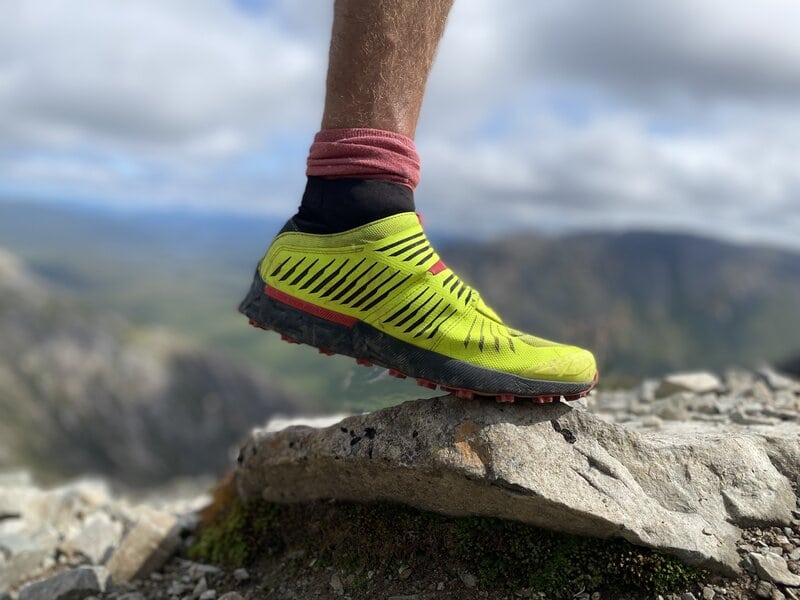 So it was that a day of hillruning in Glen Etive came about, and I threw the Cyklons in my boot alongside another pair of shoes, just in case they struck my fancy. It was going to be a hard, tough day of lung-busting, leg-burning, suffering. I ended up having to lend my other shoes to someone, so found myself quite begrudgingly committing to a day scrambling scree slopes, attacking narrow rock-bound trails, and generally being more vertical and hardcore than usual.

All of a sudden it clicked. They made perfect sense. What originally felt unresponsive became win-a-knife-fight-in-a-phone-box quick, with that exquisite fit complementing the flat, knobbly sole to become a hyper efficient springboard of dynamism. The uppers’ lack of give creates a synergistic relationship with the foot, allowing total confidence. 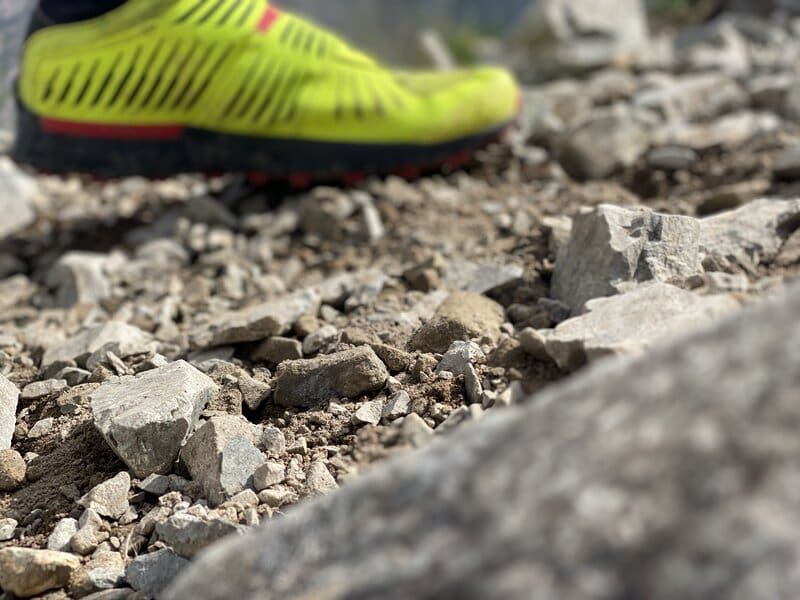 All those runs around my local trails had been junk miles. An hour of going through the motions, just miles in the legs. The unresponsiveness I felt was their reflection of my lack of tenacity. As soon as I began going on the offensive, in uncompromising terrain and embracing the challenge of effort, they came alive. With every step into the crisp and clear Rannoch air, they remunerated with the enthusiasm of unbridled performance. We were one. Moving with simplicity and tenacity.

They were magnificent. They felt totally at home in the environment and my effort level. What I originally thought would be a good every-day autumn/winter, ‘here for a good time AND a long time’ trail shoe have now become my secret weapon. Every time since this day I’ve been running anywhere rugged or uncompromising they have been my first choice, and have yet to put a foot wrong. I don’t think they’ll see a lot of use, but the times we will continue to spend together will be well chosen and well spent. They’ve showed me some of my preconceptions about La Sportiva were correct; they are for the hardiest and the toughest, what has alarmed me is that sometimes that can be me.