Berghaus heads to Kendal for a world premiere, an evening with adventurous women and more

Berghaus is preparing for a busy few days at this year’s Kendal Mountain Festival. As one of the event’s sponsors, the company has lined up a variety of events and attractions, designed to appeal to the thousands of visitors who will head for Kendal from 15-18 November.

The Berghaus programme includes the world premiere of the full film of Leo Houlding’s most recent major expedition, a ‘Women in Adventure’ evening of speakers, and a competition to come up with the next creative copy line for the company’s new ‘Time to Get Out’ advertising campaign. In addition, Berghaus climber Mick Fowler will be at the festival to meet the public and launch his new book, ‘No Easy Way’, and after last year’s hugely popular question and answer session in the Basecamp Village, Sir Chris Bonington will return for another.

‘Spectre - To the End of the Earth’ will tell the story of Leo Houlding’s epic expedition to the remotest mountain on the planet, the Spectre in Antarctica. Leo, alongside Jean Burgun from France and Mark Sedon from New Zealand, completed an unsupported journey of 1,000 miles in 65 days, that involved snow-kiting, pulk-hauling and a successful climb of the Spectre, all while facing temperatures as low as minus 50 degrees Celsius and winds of up to 80 knots. The team had never worked together before and recorded their adventures on film as they proceeded. ‘Spectre – To the End of the Earth’ is the first film that Leo has taken the lead in directing and producing and will get its world premiere at Kendal Mountain Festival at 7:00pm on Friday 16 November, in the Brewery Arts Centre. The film will be introduced by Sir Chris Bonington and followed by a question and answer session with Leo. 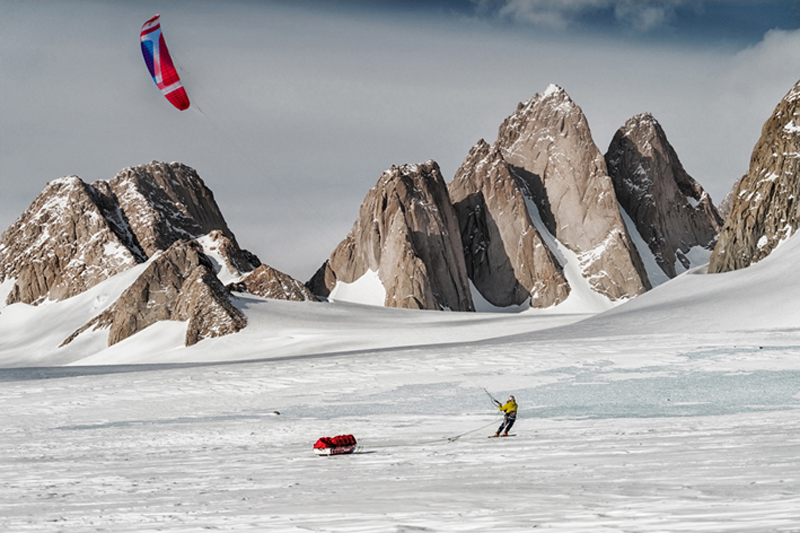 Snow kiting with the Spectre in the background

From Friday 16 until Sunday 18 November, Berghaus will have a prominent presence in the festival’s Basecamp Village, where festival-goers will be able to immerse themselves in the brand’s new ‘Time to Get Out’ advertising campaign. Artist Steve Playdell-Pearce will paint a Lake District landscape live on the Berghaus stand and a special festival competition will see one winner’s creative idea feature in a future Berghaus advertisement. In addition, members of the Berghaus team, and sponsored athletes such as Sir Chris Bonington, Mick Fowler, Leo Houlding and Molly Thompson-Smith, will be on hand to meet visitors.

One of the Basecamp Village highlights at the 2017 Kendal Mountain Festival was an open question and answer session with Sir Chris Bonington. Sir Chris will return for another session this year, which will take place at 12:00 noon on Saturday 17 November. 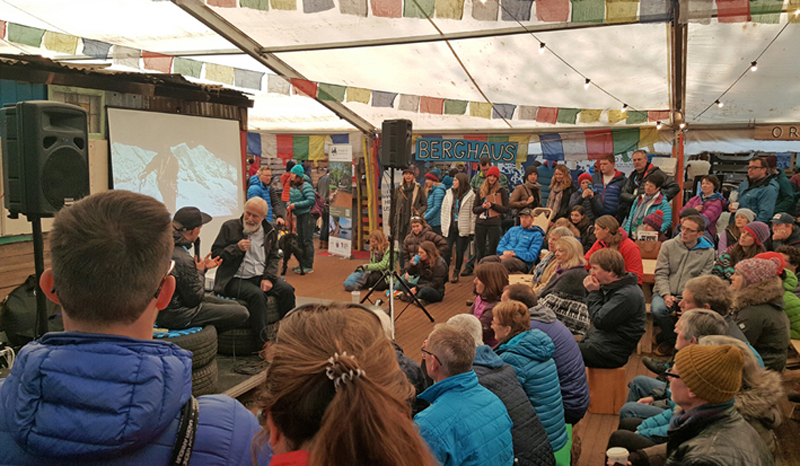 On the evening of Saturday 17 November, ‘Women in Adventure’ will take over Kendal Town Hall from 8:00-10:30pm. Presented by Berghaus and hosted by Anna McNuff, speakers will include Anna Blackwell, Sian Lewis, Berghaus athlete Molly Thompson-Smith and members of the Lake District based Wonderful Wild Women community. 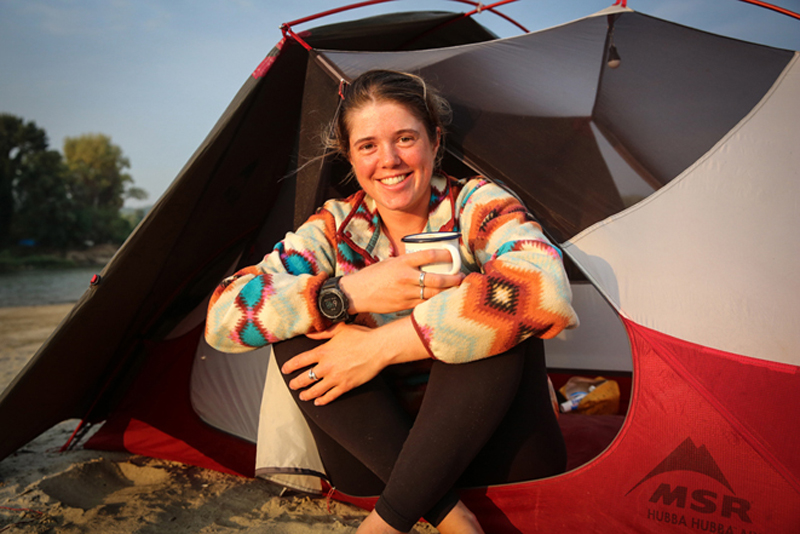 Mick Fowler will be busy at the festival promoting his new book, ‘No Easy Way’, published by Vertebrate. Mick will officially launch the book at 2:30pm on Sunday 18 November, at a special festival event in the Brewery Arts Centre. No Easy Way is published this month and explores “the challenging life of the climbing taxman”, as Mick recounts his long and distinguished career of tackling striking, technically challenging unclimbed routes in the remotest parts of the Himalaya. While preparing for the launch of the book, Mick has also been dealing with another challenge, in the form of cancer, which he has been blogging about in characteristic fashion for Berghaus.