Some of the world’s best ultra runners are making final preparations for the world’s toughest multi-stage mountain race in Wales next month.

The Montane Dragon’s Back Race® will see around 400 competitors attempt to complete a journey down the mountainous spine of the country and this year’s event will be even longer and harder than in the past. The race has been extended from five to six days, challenging runners with 380km of distance and 17,400m of ascent, including a long traverse of the Brecon Beacons for the first time. The Montane Dragon’s Back Race® will start in Conwy Castle on the morning of Monday 6 September 2021 and finish in Cardiff Castle on Saturday 11 September. 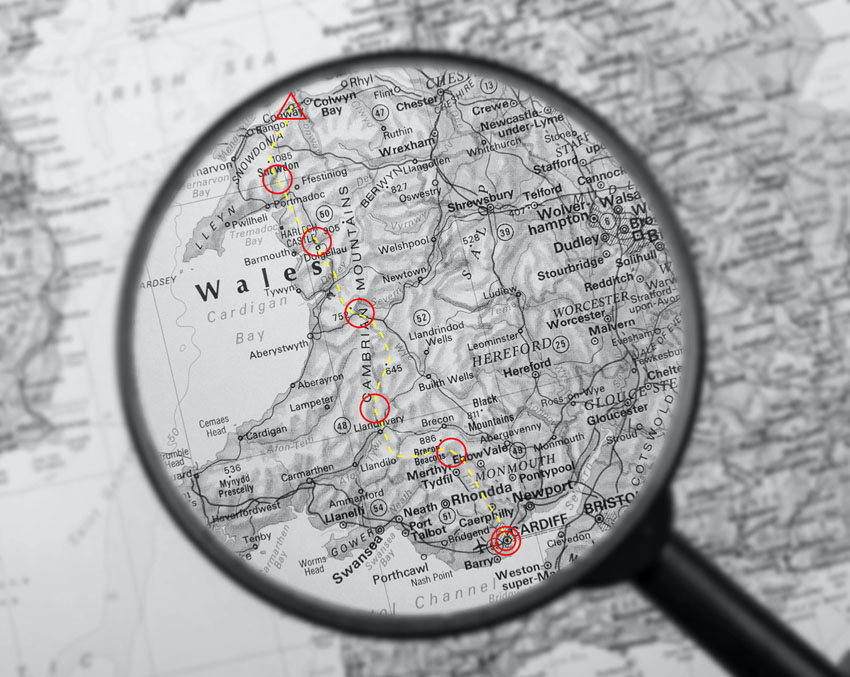 The route through Wales of the 2021 Montane Dragon's Back Race

Staged only five times, the Montane Dragon’s Back Race® has acquired near mythical status in the adventure racing and running community. The event was first held in 1992 and was then resurrected in 2012, since when entries have increased at each edition, growing steadily in 2015 and 2017, and then almost doubling to over 400 in 2019, all reflecting the booming interest in ultra running. The Montane Dragon’s Back Race® is widely regarded as the toughest mountain race on the planet and only around half of those who have started the event have managed to complete the full course and earn the much-coveted trophy for every finisher, and title of ‘Dragon Slayer’. The ongoing impact of COVID means that the event capacity has not been increased this year and the majority of runners will be from the UK. However, the line-up includes many leading ultra runners, including former winners of this and other events, and holders of various running records.

The men’s race at the 2021 Montane Dragon’s Back Race® should be very competitive. The 2017 race winner Marcus Scotney is returning to try and reclaim his title. He will be joined by fellow Montane athletes Mark Kerry and Tom Hollins, both of whom bring race winning and record setting experience to their first attempts at the event. Kim Collison will be hoping that his fastest known time on the Paddy Buckley Round in Wales earlier this year is a good omen for his return to the country, as will Race Across Snowdonia 2021 winner Simon Roberts. Meanwhile, Robert Barnes will be aiming to improve on his third place in the 2019 Dragon’s Back Race. Also on the starting line will be ultra running legend Steve Birkinshaw, attempting the event for the first time since he won it in 2012. Other notable starters in the men’s race include Stuart Anderson, Wolverhampton South West MP and formerly of the British Army, whose foot is partially paralysed due to a gunshot wound. He will be raising money for two charities in his constituency and will be the first MP to take on the challenge of the Montane Dragon’s Back Race®. 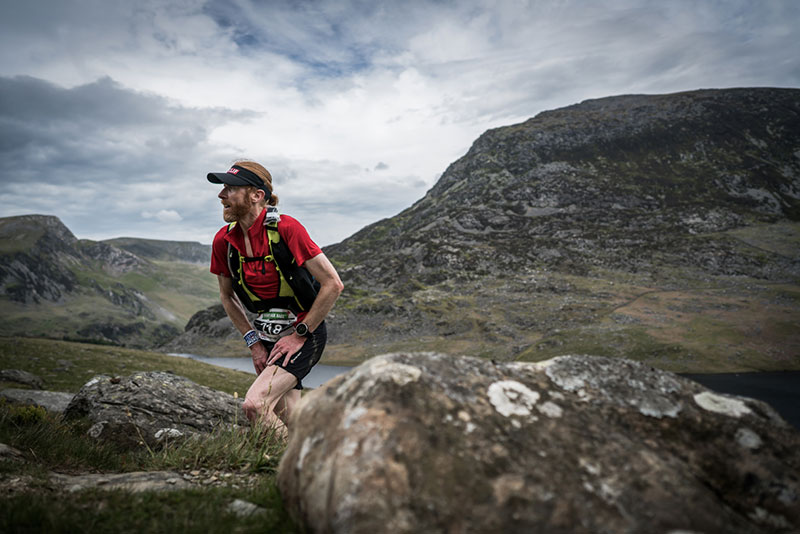 Montane athlete Marcus Scotney in action during the 2017 Dragon's Back Race - Photo: ©  iancorless.com

In the women’s race, a new winner is guaranteed. Leading competitors will include Anna Troup, who won the women’s Summer Spine Race this year and in the process, set a new female course record (and third fastest time ever). Anna followed that up by returning to the route in August to set a new women’s fastest known time for running the Pennine Way, and is clearly in very good form. Also expected to be at the front of the field is Elaine Bisson, who finished second behind Anna in the Lakeland 100 this year and was first women in the 2020 Spine Challenger. Montane athlete Chloe Lumsdon is aiming to challenge at the front of the race, after strong fell running performances in recent years and preparing by recceing much of the race route.

Behind the leading competitors, much of the drama in the Montane Dragon’s Back Race® will be provided by runners whose prime aim is simply to finish each day of the course within the time allowed, and stay in the race. The first three days are notorious for taking their toll on runners and reducing the size of the field, and the changes to this year’s event add distance and difficulty to the latter part of the race. Earning a Dragon in 2021 is going to be harder than ever.

Making all of this possible will be an army of volunteers, working together to take the event south along the spine of Wales. From course ‘wrangling’, to first aid, catering, logistics and communications, dedicated teams will support the runners throughout the race. The Montane Dragon’s Back Race is organised by Ourea Events and race director Shane Ohly comments: “We’re so pleased, and relieved, to be back racing again in Wales. That’s only possible thanks to the support of landowners and the Welsh Government – particularly in these unusual times - and we are grateful to them, and to our new presenting sponsor Montane. We have put extra measures in place to ensure the safety of everyone involved in the event and everything is ready for six exciting days of mountain running, from one iconic castle to another. Once again, the Montane Dragon’s Back Race is set to be an epic adventure, for runners and the event team alike.”