Ahead of this weekend’s festival, the winners of 2016 Sheffield Adventure Film Festival Awards have today been revealed, with Operation Moffat scooping three awards including the Grand Prize.

A selection of the winning films will be shown at a dedicated ‘Best of ShAFF 2016’ screening on Thursday 10th March, 7pm at Sheffield community co-op Regather, and on Sunday from 8.30pm at The Showroom Cinema. There is also a ‘Best of ShAFF Music session on Sunday afternoon.

With over 100 of the best adventure, extreme sports and travel films carefully selected from entries submitted from every corner of the globe, the 13 individual categories of the ShAFF 2016 Awards distinguish achievements in all aspects of filmmaking. From format and music to artistry and unique to ShAFF, the ‘Rab Spirit of Adventure Award’, celebrating those films that best capture the core adventure theme of the festival.

The ‘Made in Sheffield’ award was created to support and nurture local talent and is judged on the basis of films that best showcase the city, whether that is through location, music, production or featured athletes. This year had a standout winner. Not only did local filmmaker Ed Birch’s Red Run rack up millions of views online, but it also creatively highlighted an issue close to the hearts of many in the cities outdoor community.

The award for Women in Adventure has been judged by the Director of Derbyshire Sport, Hayley Lever. A keen runner, cyclist and mother of three, Hayley is passionate about inspiring women to be active and seek adventure. With women’s sport making up only 7% of all sports media coverage in the UK*, ShAFF took steps to actively address this imbalance last year by establishing the Women in Adventure Network. The network continues this year with the support of the BMC.

Hayley’s winning selection for this category adds to a string of commendations for a film that has captured the imagination of film festival judges and audiences around the world. Jen Randall and Claire Carter’s Operation Moffat continues to impress and this year scoops the top award in not only the Women in Adventure category but also for Best Climbing Film and the esteemed Best Film of the festival. 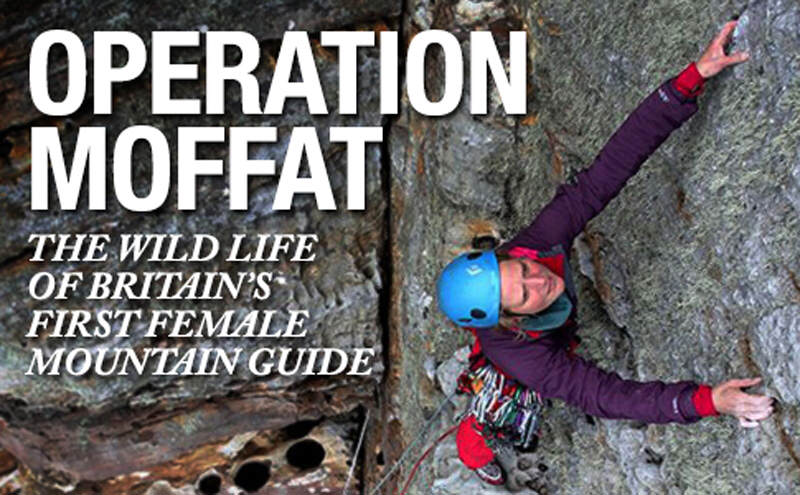 A special mention was given by the ShAFF judges to films Tom, High & Mighty, Snowflake, Curiosity and Searching Sirocco, to acknowledge their success in capturing the attention of the judges but narrowly missing out on awards. The special screening of these films will be held on Sunday at 1.15pm.

The full list of 2016 ShAFF award winners are below.

Silver - A Line Across The Sky

Silver - A Line Across The Sky

Silver -Reach For The Sky

The judge of this category is editor of Trail Running Magazine Claire Maxted. Of the winning film she said:A brilliant film about Alaska's toughest race covering the backstory and race day story of the top male and female athletes including two Olympic skiers, the race organiser, and the best part - a junior trail runner who creates a surprising twist in the tale.

Bronze -Line Across The Sky

EROICA BEST ROAD CYCLING FILM (GOLD) - Up Up Up

More in this category: « Lukasz Warzecha in words and pictures at ShAFF ShAFF to showcase Ben Winston photography with exclusive exhibition »
back to top