Hard Rock: Great British rock climbs from VS to E4

It's 46 years since Ken Wilson launched Hard Rock to the climbing world, and in the succeeding decades it's become legendary.

The very thought of updating or tinkering with it in even the minutest way was sacrilege. But over almost half a century some of the climbs have become as dog eared as the pages of what became somewhere between a climber's bible and a schedule for their rite of passage. Rock falls have taken their toll on routes like ‘Deer Bield Buttress’ and ‘North Crag Eliminate’ and climbing in the 2020s is a different beast altogether than it was in 1974. Footwear, protection, gear, and training have all changed dramatically in the decades since Hard Rock's original incarnation. Like it or not, this classic was in need of a little sympathetic restoration.

Hard Rock was very much a product of its time, and very much a product of its compiler, Ken Wilson. Hard Rock was traditional hard British climbing, with traditional ethics and it was essential that any update maintained this legacy. When Ian Parnell approached Vertebrate Publishing with the idea of updating such an iconic book he wasn't the first, but in Ian they had someone with the gravitas and literary ability to do the project justice. With his own legacy both in climbing terms and as an accomplished editor Ian Parnell was a, and possibly the only, perfect fit for the task. 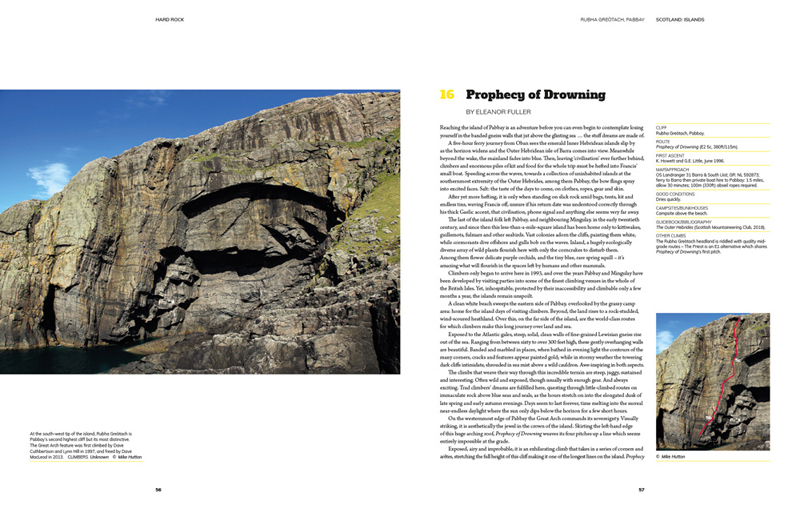 The original Hard Rock was ground breaking in its concept of making the climb the focus and the vision of part guidebook, part coffee table book. The individual essays that accompanied the routes have become literary classics in their own right with contributions from Bonington, Ed Drummond and Royal Robbins amongst others. Updating Hard Rock was always going to be a risk, but Parnell's vision maintains not only the style and vision of the original but the essays themselves and the definitive introduction "The Development of Hard Rock Climbing in Britain".

The new version of Hard Rock contains some 63 routes, up from 57 in the original, and while primarily sticking to the original VS to E2 grades there's a nod in the direction of change with a brief foray into E3 and E4. What Ian Parnell has done is probably best described as the perfect sympathetic restoration; where the best of the original remains intact but the light touch of the editor has lifted the faded surrounds to the same level. The black and white photos and diagrams of the original have been brought into the 2020s with superb colour images. The new routes, 13 in all thanks to 7 originals falling by the wayside, bring new essays by the likes of Stephen Reid, Emma Alsford, Martin Moran and Eleanor Fuller. 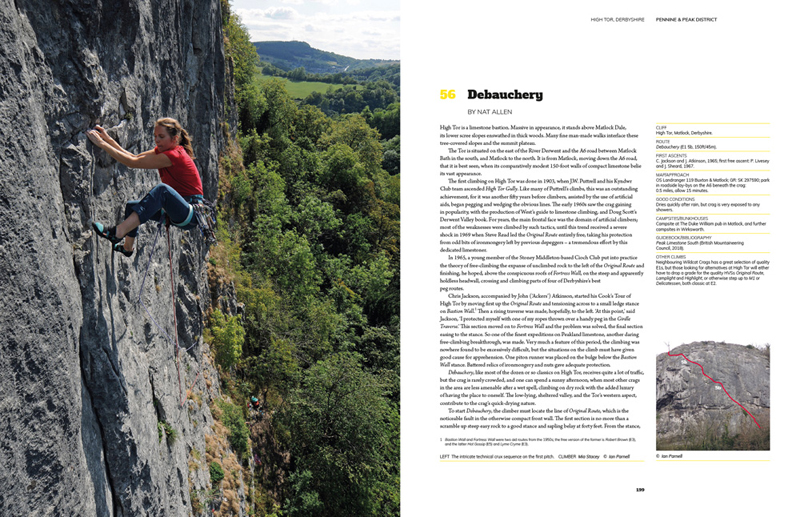 In his restoration of Hard Rock Ian Parnell has managed to preserve the essential feel of the 46 year old classic while easing it into a new relevance. For those already familiar with the title it's fair to say you can dismiss those fears of a classic that should remain untouched, this IS Hard Rock the way you knew it; it's just had a little polish and a fresh coat of paint. If the title and the assembled collection of unforgettable lines is new to you then I envy you - something this good only comes around once or twice in a century.

More in this category: « Lake District Bouldering Élisabeth Revol to release English translation of extraordinary and tragic Nanga Parbat rescue »
back to top