My first impression is wow what an impressive tome. This substantial book is clearly a labour of love, with loads of dramatic action photos as well as photos of boulders and mini crags annotated with the many routes.

In fact this book contains over 700 photos and descriptions of 3000 boulder problems at more than 70 venues throughout Cumbria – not just the Lake District.

I've always done some bouldering in Cumbria and I've been to some of the traditional well known haunts such as The Bowderstone, Langdale Boulders, S Lakes limestone, Carrock Fell and Eden Valley etc. Leafing through this book has fired me up to explore more esoteric venues. I think I might carry my rock shoes and chalk bag on a few fell walks and have a 'boulder break'.

Greg's introduction hints at the big and diverse area this guide covers with a variety of rock including limestone, sandstone and volcanics. A veritable geologists paradise and climbers play ground. Even Wainwright gets a mention in the introduction, although I doubt he would have ever contemplated bouldering. 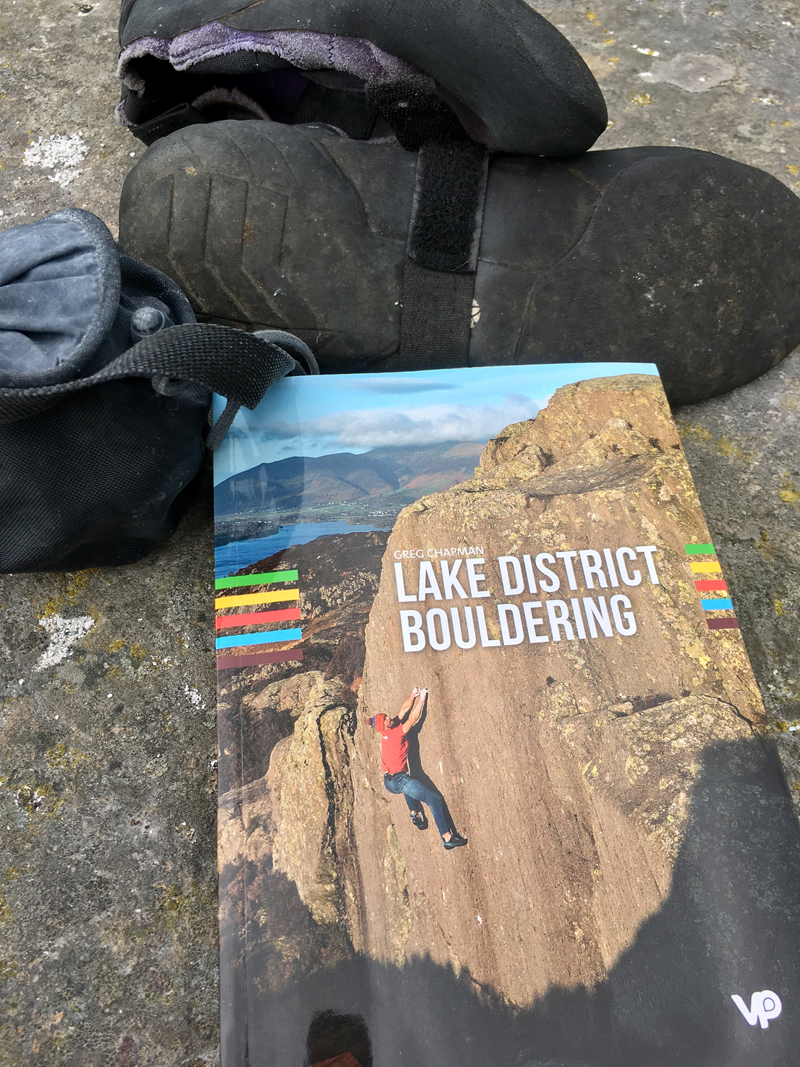 The Lakes is well known for fell walking and rock climbing on the valley crags and big cliffs in the mountains. Indeed rock climbing was invented in the Lakes. In 1886 W P Haskett Smith climbed Napes Needle and the 'sport' of rock climbing was established. At the same time many climbers were bouldering in the late 1880s Oscar Ekenstein used to practice on boulders and many climbers traversed and climbed the barn wall at Wasdale Head.

Now this bouldering guidebook firmly recognises the Lakes and Cumbria as a major bouldering destination. It makes me want to get out there and try to visit more of these fabulous looking venues.

More in this category: « Doug Scott’s biography of the dramatic first ascent of the Ogre is released as audiobook Hard Rock: Great British rock climbs from VS to E4 »
back to top