Climber Anna Taylor has just started an attempt to be the first woman to complete a continuous round of every route that features in ‘Classic Rock’, the iconic guidebook written by Ken Wilson.

Carrying all of her kit with her, Anna will cycle between each set of routes, covering 2,400 kilometres and climbing over 10,000 metres. The climbs are located around the UK, from the North West Highlands of Scotland, to the spine of Wales, and down to the south west tip of Cornwall. Accompanied by adventure photographer Marc Langley, Anna will start her Classic Rock Tour in Cornwall on Saturday 31 July. She is being supported by Berghaus, which has supplied her with the latest performance outdoor kit and will be showcasing her progress online.

First published in 1978, Ken Wilson’s Classic Rock features 83 of the best rock climbs (up to the grade of VS) that England, Scotland and Wales have to offer. In a similar fashion to Munro or Wainwright bagging, some climbers make a long term project out of ticking off all of the routes, travelling all over the country to get them done. A continuous round of the Classic Rock routes has been done before on at least two occasions, by Jamie Fisher and Oli Warlow. Anna Taylor is aiming to be the first woman to complete a round and has planned a trip that is as sustainable as possible. She will cycle tour between each area, carrying all of her own kit, and only using ferries when necessary, in order to get to the routes that are located off the mainland. 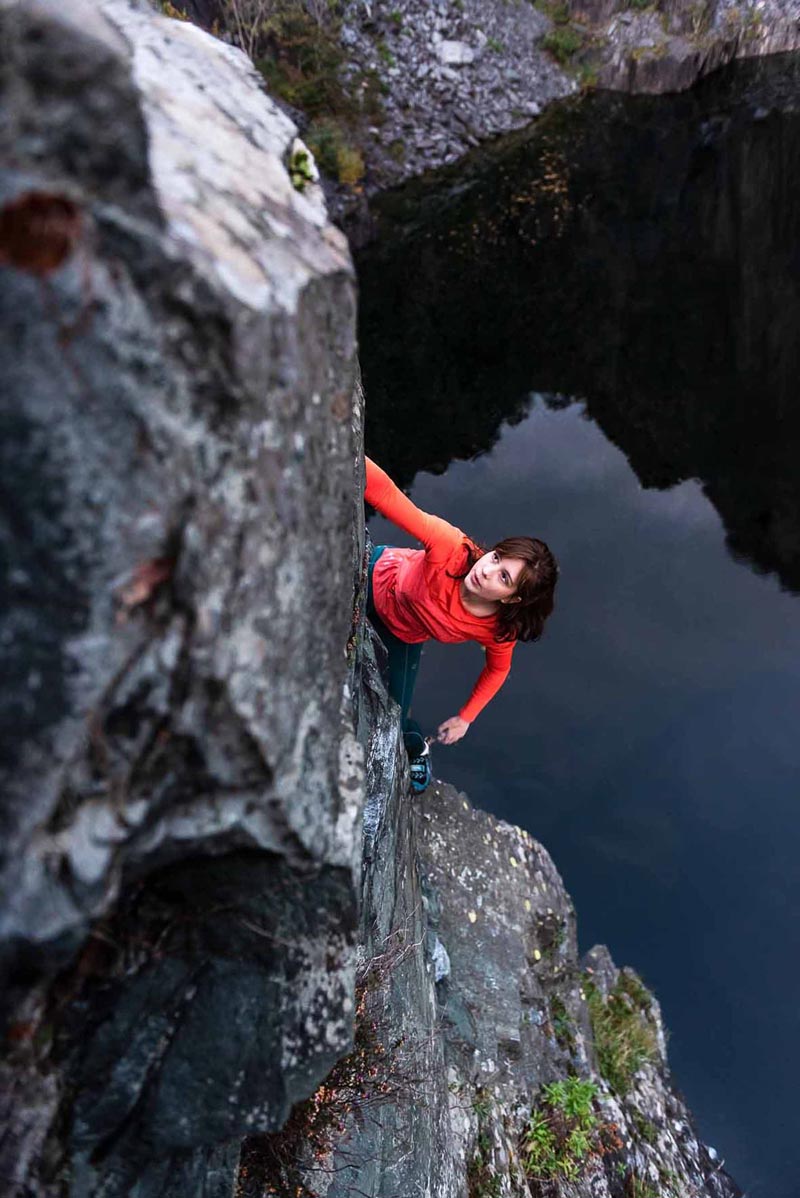 Anna Taylor comments: “Over the past year and a half, just about every idea I’ve had for an adventure style trip has been foiled thanks to COVID. It’s not the end of the world by any means, but I can’t deny that I’ve been itching to get out again now that things are finally starting to ease. International travel still seems like a step too far in my eyes, so I thought it would be the perfect time to come up with something UK based. I’ve always wanted to try cycle touring, so after a bit of thought, linking together all of the Classic Rock routes by bike became my plan for the summer.”

Anna’s adventure will start in Cornwall at Chair Ladder, with a day of linking together multiple crags. She will then head to the island of Lundy to climb the famous Devil’s Slide via the Dewerstone, followed by a quick trip to the Avon gorge, before journeying up through Wales. The golden gritstone crags of the Roaches and Peak District are next on the list, before Anna heads through Yorkshire towards her home patch of the Lake District. After the Lakes, she will head north and over to the Isle of Arran, before journeying up the side of Loch Lomond towards the famous Cobbler, then on to Glen Coe and the UK’s highest peak, Ben Nevis. Next, Anna will enter the vast expanse of the Cairngorms National Park, before cutting back across the country towards Skye, via the infamous Bealach na Ba pass, and ending her journey on the Cuillin Ridge. 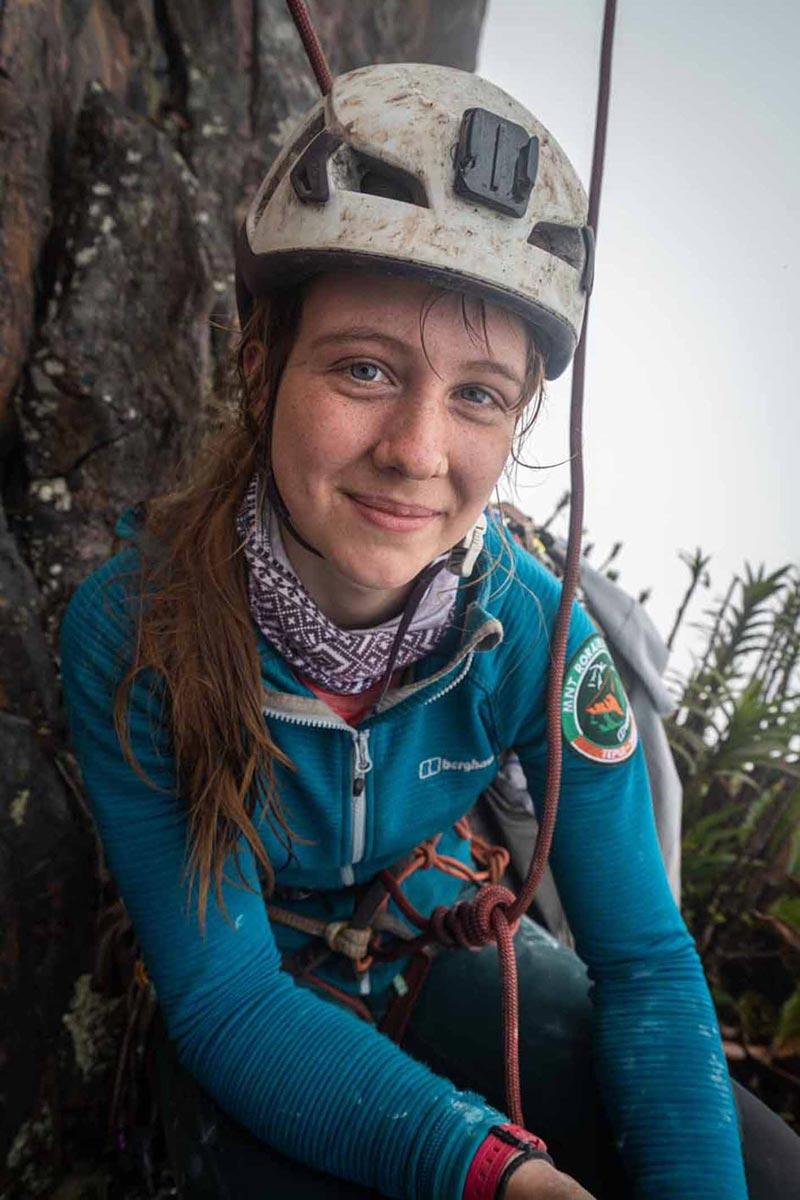 Anna adds: “I’m looking forward to this trip just as much as I have for exciting, overseas adventures, and I am really grateful to Berghaus for the support that is helping to make it possible. I think that the UK is almost criminally underrated sometimes. Yes, it rains a lot, but there’s a whole lot of variety on our little islands, and in my opinion there are places here that are just as beautiful as snowy European mountain ranges or magical South American jungles. To be doing a trip that’s almost entirely human powered is a good feeling too. It’s not perfect, as we are going to have to take ferries to and from the odd island – sadly, I’m not that good of a swimmer! But to be free from planes and cars is a start. All that’s left to do now is to get going!”

Climbing legend Sir Chris Bonington knew Ken Wilson and has been following Anna’s career. He comments: “Anna is a very talented climber and she’s certainly set herself a challenge that will really test her. I do hope that she is also able to enjoy the journey and the climbs. Classic Rock is genuinely iconic and I know that Ken Wilson was very careful when selecting the routes that he featured. Ken was a very important figure with strong opinions and we had many lively discussions over the years. Whatever he thought about ticking off the routes in a round, I am sure that Ken would have admired Anna’s appetite for adventure and her pioneering spirit!”

Anna’s progress will be showcased on www.berghaus.com. Keep an eye on @berghausofficial on Instagram, @TheRealBerghaus on Twitter and www.facebook.com/berghaus for updates.

MyOutdoors @MyOutdoors
RT @thealpineclub: This is tomorrow! https://t.co/yHVRAzHbSa Follow this link to sign up for a notification when the event goes live ➡️ ht…