Wild camping isn't something we're used to seeing make the national papers, it's something we tend to whisper about in public; seen as illegal but widespread with enlightened national park authorities turning a blind eye to when carried out responsibly.

The recent announcement of a pilot project, funded by Defra, caused such an outcry from wild campers that within days the Telegraph and The Times were covering its suspension. At the core of the objections were two major issues; the description as "wild camping" and the perception that the scheme would prove to be the thin end of the wedge. The lack of consultation with interested national representative bodies or the outdoor community raised hackles and the lack of transparency, Defra funding, and prior work history of one of the Directors of the company behind the scheme simply added to the outrage. The whole concept was as unwelcome as the fact this was all being carried out in public, but with 48 hours hindsight it was, perhaps, a discussion that was needed. 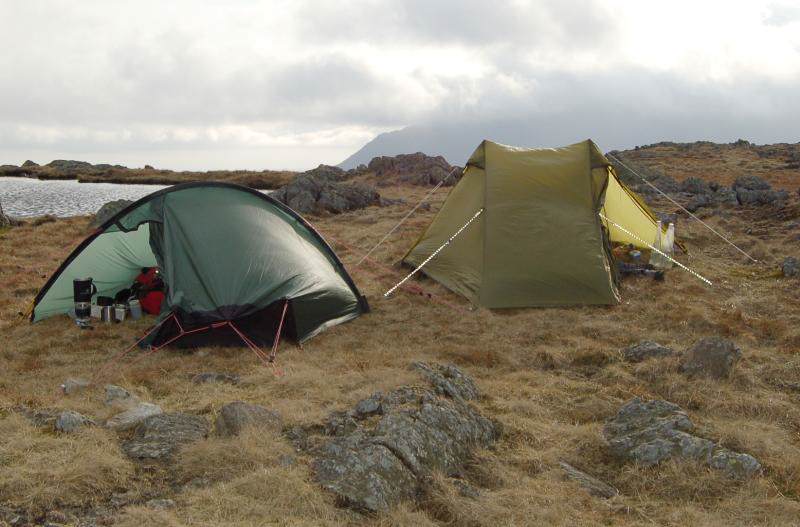 Wild camping is full of misconceptions. It has, in England and Wales, no clear definition, and it's essence is as much rooted in emotion as in location and equipment. To many wild camping is a feeling, a reconnection with nature at an almost religious level. It's a freedom that's not definied by maps but a freedom that reaches into your very soul. To suggest that camping in a location chosen by someone else for a period of their choosing, and paying for the privilige, was seen an attack on this freedom.

There's also a misconception about the legality or illegality of wild camping. In Scotland the Land Reform (Scotland) Act 2003 enshrined in law a statutory framework of access to most land based on the principles of responsible access, including wild camping. The Scottish Outdoor Access Code defines wild camping as:

This type of camping is lightweight, done in small numbers and only for two or three nights in any one place. You can camp in this way wherever access rights apply, but help to avoid causing problems for local people and land managers by not camping in enclosed fields of crops or farm animals and by keeping well away from buildings, roads or historic structures. Take extra care to avoid disturbing deer stalking or grouse shooting. If you wish to camp close to a house or building, seek the owner's permission. Leave no trace by:

While local byelaws seasonally override these provisions in the case of Loch Lomond and The Trossachs National Park, the right to wild camp applies countrywide. On these grounds alone the description of the pilot scheme as UK Wild Camp was inappropriate. The position in Wales is also somewhat unclear, with Natural Resources Wales largely taking over responsibility for National Parks in Wales since 2013.

In England, with the exception of Dartmoor, however, the picture is somewhat different. Wild camping in itself is not an offence, criminal or civil, but the phrase "wild camping is illegal" is commonly quoted. The actual offence, if committed, would be one of trespass and is a civil wrong under the law of tort under most circumstances. While issues of damage and mass gatherings would take this into the area of criminal law wild camping as described in the Scottish Outdoor Access Code is essentially a civil matter. Importantly the landowner, or representative, has to ask a person to leave and the person refuse to do so by the nearest available route before a claim of trespass could be pursued. What this means in practical terms is that a wild camper pitching camp late, out of sight of habitation and roads, and striking camp early, is never likely to commit trespass in an actionable way.Wild camping is also entirely legal if the landowner gives their permission to use the land 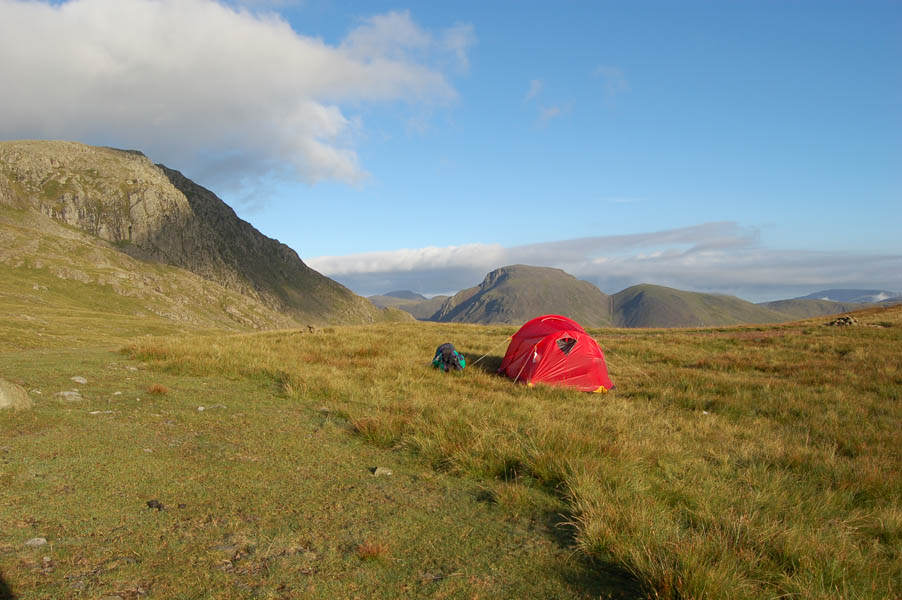 The misconception that "wild camping is illegal" is compounded by the misappropriate use of the term to activities that bear little, if any, resemblance to what the outdoor community considers to be wild camping. A pop up tent and barbeque, with or without empty beer/wine bottles left by the side of the road is not wild camping, it's fly tipping. A crowd of people dancing and drinking through the night to loud music isn't wild campers, it's a rave. But if you read of such carnage in your newspapers and see images of abandoned fires, half-burned sleeping bags and bin liners of trash by the roadside you'll see it described as by "wild campers".

In many ways the specific legalisation of wild camping in Scotland and and the images of wild camping in the mainstream media has been the justification for someone to propose a scheme like UK Wild Camp. Scotland's example has led to increasing calls for similar legislation throughout the UK, while the general public has been presented predominantly with appalling images misappropriately labelled as wild camping. With the increased visibility it was inevitable that government at some level would have wild camping on its radar. 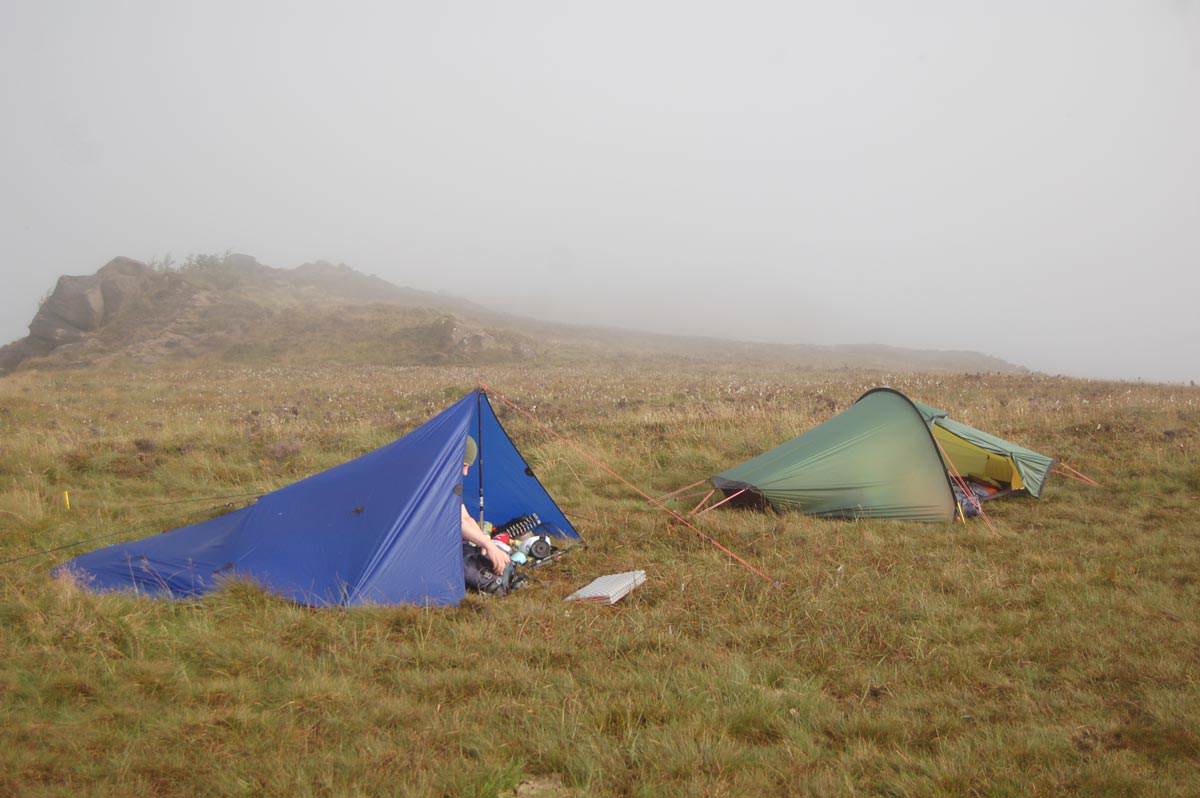 With National Parks suffering from years of cutbacks and an increasing demand to self-fund the proposal was bound to be attractive. Under the scheme the park would get 25% of the revenue and a further 50% where they were also the landowner. It's no surprise that The Lake District National Park have offered "a number of pitches on land we own for the pilot project" according to a Freedom of Information Request submitted by MyOutdoors. The Lake District National Park Authority would no doubt welcome the additional income, particularly where they don't have to do the administration. Having already sold off assets like Stickle Tarn any new initiative that generates income must be welcome. For Defra the success and expansion of the pilot would mean success on two fronts, the potential to reduce the national park's grants accordingly with the increased income and addressing the calls for a legalisation of wild camping.

The suspension of UK Wild Camp does not, however, mean that wild camping is no longer on the radar of both Defra and the national parks.

Where wild camping in England and Wales has a problem is "wild camping" means different things to different people and in having no clear definition it's hard to defend. Many people call for it to be legalised, popularly adding "along Scottish or Norwegian lines", but to legalise something you first have to define it. Yes it goes against the "spirit" of wild camping, for some, to be "constricted and confined by a definition" but it's the reality. You can't legalise an emotion or a feeling. In defining wild camping you could disassociate it more easily from road side revellers.

National bodies can get behind a definition and set policies for them.  In their statement following the suspension of the pilot the British Mountaineering Council issued the following statement "The BMC believes that wild camping should encompass the freedom to choose where to camp, without any regulations, to be self-sufficient and to do so in a discreet and responsible manner, in wild places away from civilisation." - a statement that accurately describes what many wild campers feel, and a good starting point. It's both beneficial and detrimental in having no mention of "free", a component which many feel to be essential. By this definition there is scope for introducing a fee. 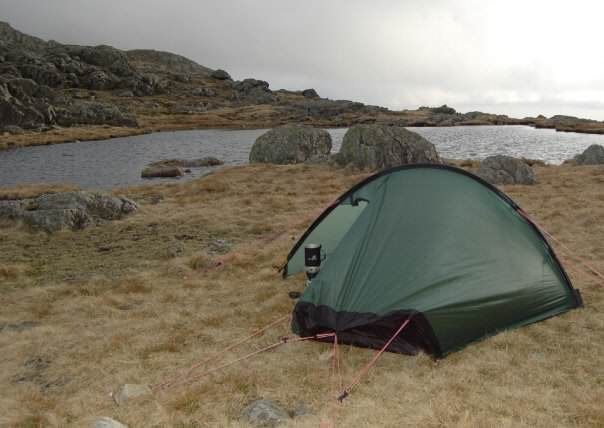 When we call for legalisation of wild camping we also have to say how and where, and in doing so we have to be practical, rather than emotional. When we look at the different models in Scotland and Dartmoor we have to look at why those models work and whether the same conditions apply. The reason why Dartmoor allows wild camping is due to an obscure piece of legislation called The Dartmoor Commons Act 1985, which defined much of Dartmoor as common land. This designation, in effect, meant there was no landowner against whom you could commit trespass. In Scotland the model of land ownership is vastly different from that of England, with large estates owning vast swathes of land, particularly "wild" land. This meant that wild camping was far less likely to impinge on the landowner's rights to a peaceful occupation of their land, particularly when following the Scottish Outdoor Access Code. In the rest of England, Dartmoor aside, the majority of land is owned is small parcels by a multitude of owners, making a nationwide law along Scottish lines impractical. It's no surprise that most wild camping takes place in our national parks - they include the biggest areas of undeveloped, wild, land in primarily single ownership. Any call for legalisation in England needs to take this land ownership into account.

If there is to be legalisation at some point it's likely to be in our national parks and the UK Wild Camp scheme demonstrates that not only is it in on the government radar but they're actively looking to exploit it. While LDNPA turn a blind eye to it at present will that always be the case when they stand to make money from charging? If we're to fight any potential return of the scheme and/or fight for legislation that allows us to continue much as we do today we may have to bite the emotion bullet and accept that we need to define what wild camping is to us. With a definition in place we can propose areas for pilot schemes of legal wild camping rather than responding to government funded, privately run, schemes imposed on us without consultation.

For some, of course, definition is unnecessary for something that's almost impossible to police and at worst is a civil offence. Yes, that's the case today but as we've seen at Loch Lomond byelaws can be passed to make wild camping by definition illegal and with the increase of drone and remote monitoring the unpoliceable of today is not the unpoliceable of tomorrow. Definition is not something we necessarily need to have but I think it's a conversation we need.

Disclaimer: The above is opinion and does not represent legal advice in any way.

More in this category: « What future for hill wakers in the BMC as reports say departing hill walking officer may not be replaced Albert and being Sustainable. »
back to top