Austria has probably received the most snow in Europe this winter- and its perhaps fitting that the first European round of the Freeride World Tour was launched today in Fieberbrunn - where most of Austria’s snow has been dumped….

And whilst it rained for much of the day - after around two weeks of nothing- it’s laid down near perfect conditions for the event, with15-20 cm of wet snow sticking to the face ….. Fieberbrunn’s “Wildseeloder”  - regarded as one of the most technical and challenging freeride competition venues on the planet.

As preparations get underway for the event “safety is the priority” says founder of the tour Nicolas Hale-Woods. This year the the tour has also added some new partners joining the safety family in Black Diamond, Vibram - the branded rubber outsoles for footwear and avalanche beacon makers , Pieps and we spent some time this morning learning about their new products. “Safety is not just going downhill. But going up in the mountain”, said Nicolas, “so Vibram have joined the family to secure journey up … to give the safety to be free - to freeride ….” 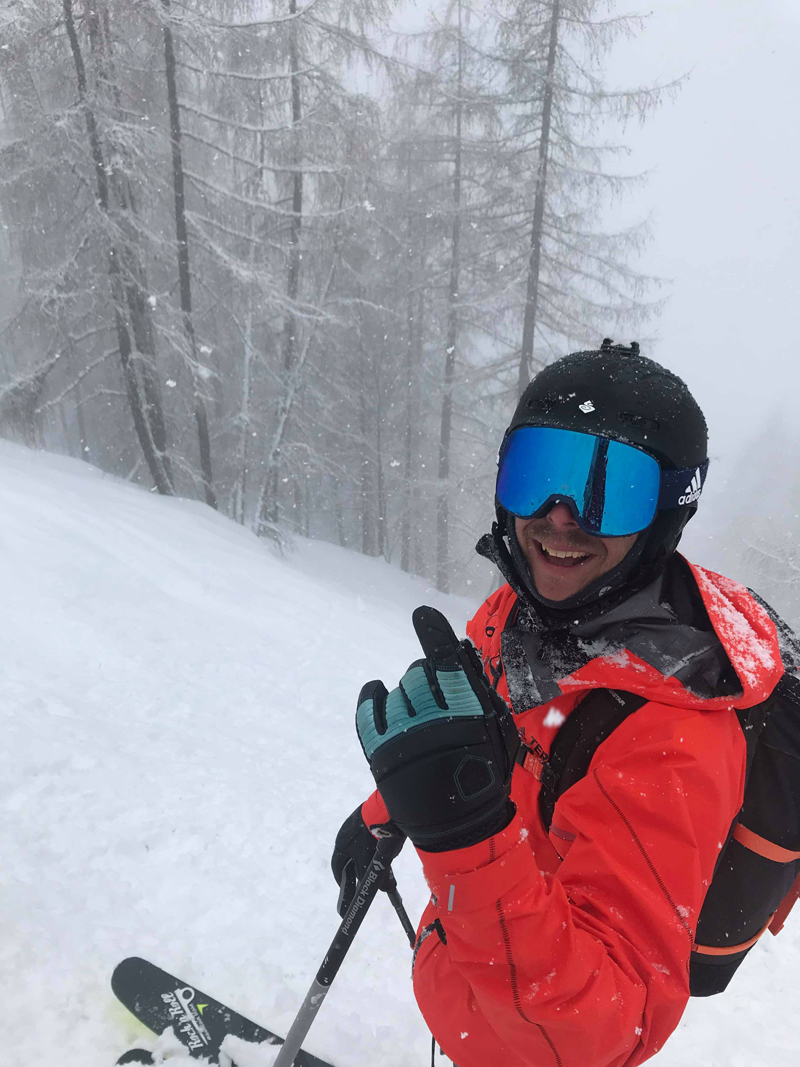 Before sampling some of the free ride conditions ourselves with a burn through Fieberbrunn’s tree runs, we tested some of the products of their new safety partners, starting with Vibram, which I was later to learn has a fascinating history….. We began with their Arctic grip sole, which helps prevent you fall over on wet icy surfaces. With a normal ski boot or my Sorels, the boot slid on watery ice- as soon as the sole was placed under our feet, with its rubber lug formation offering wide contact areas with the ground, there was no movement- pretty impressive- i thought, not quite believing it would work. 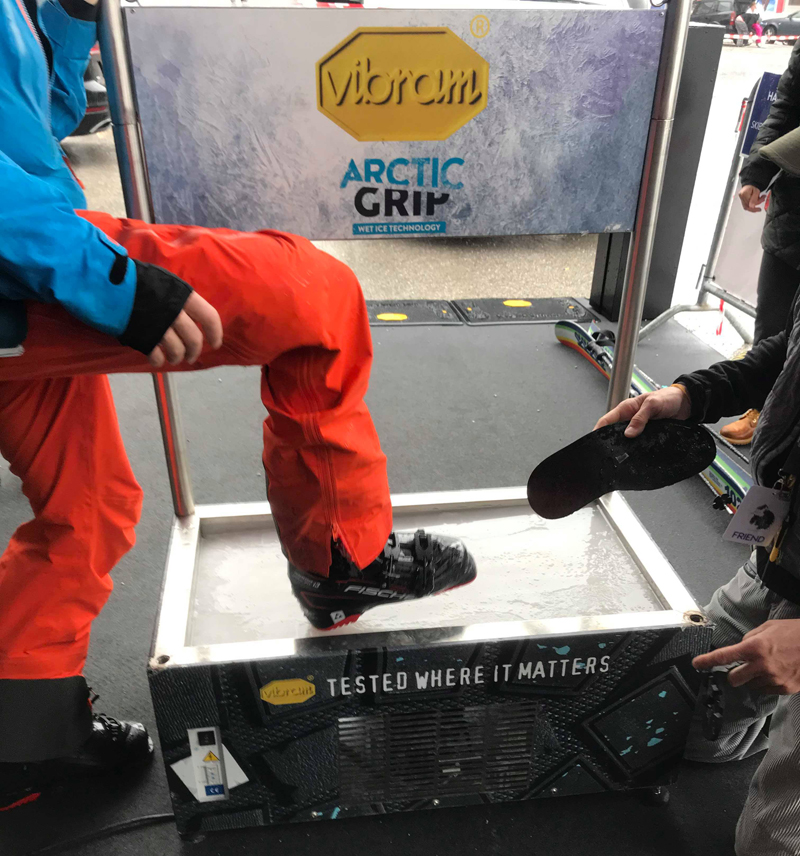 Pieps also took us out on the snow to show us their products- the  ‘i probe - an electronic probe which helps you find your buried companion faster in a rescue. With an acoustic and visual hit indicator, that automatically switched on when deployed and tensioned and automatically switched off when tension is removed. Along with the transceiver they demonstrated how the search time was dramatically reduced and made simpler- no need to do the grid search or switch the transceiver, which also has bluetooth, into search and receive mode.This happened automatically with its autosearch function - switching the PIEPS from search mode to transmit mode, if the beacon is not moving for a certain time. They also demonstrated how having a mobile phone less than 20 cm away from the transceiver threw it out by as much as ten meters - an essential distance when searching for someone buried. 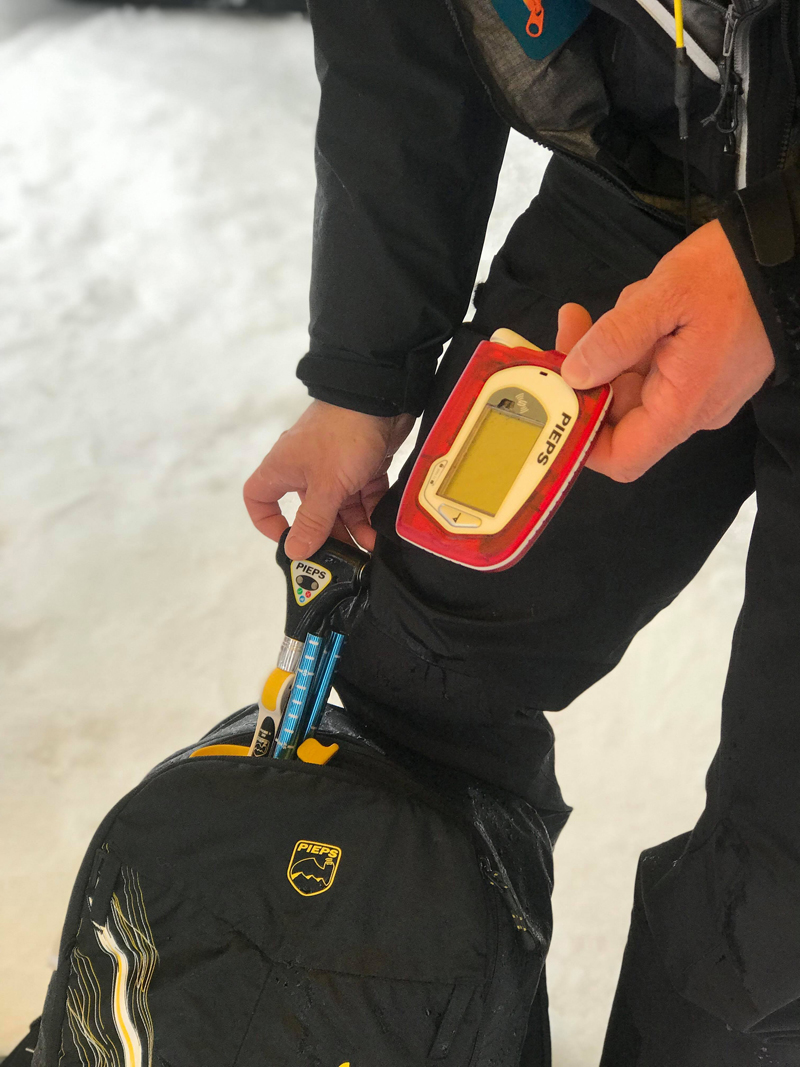 Next up came a demo by the tour’s continuing safety partner, Recco whose two-part system of RECCO detector and RECCO reflectors are built into helmets, protection gear and boots, in hundreds of top outdoor brands. and all Austrian lifts and rescue system also have them. The technology enables people to be found in snow, water and in summer conditions - so its’ a year round detection system - not just for avalanches, and using radar technology - no batteries are required - it can send a signal 70/80 meters.

Whilst the technology is there and getting better and better every year- it's the guys on the mountain that begin the task of making the face safe. Over my dumplings and goulash lunch with our off-piste guides for the morning, i learned how about 7 of them are heli’d up the mountain at 7am to ski cut the couloirs - traversing the slope on skis to make the snow slide, as they aren’t allowed to bomb it. “ It’s not a nice job, ” they say, but it’s a testament to what they do as there has only ever been one avalanche in the history of the tour. Last year a guide died during the ski inspection in Andorra - but basically  - the competitors won't compete if they didn’t feel safe. For the competition the mountain is then divided up like a grid and each ‘ square ‘ has two rescuers, watching as the competitor ride down. 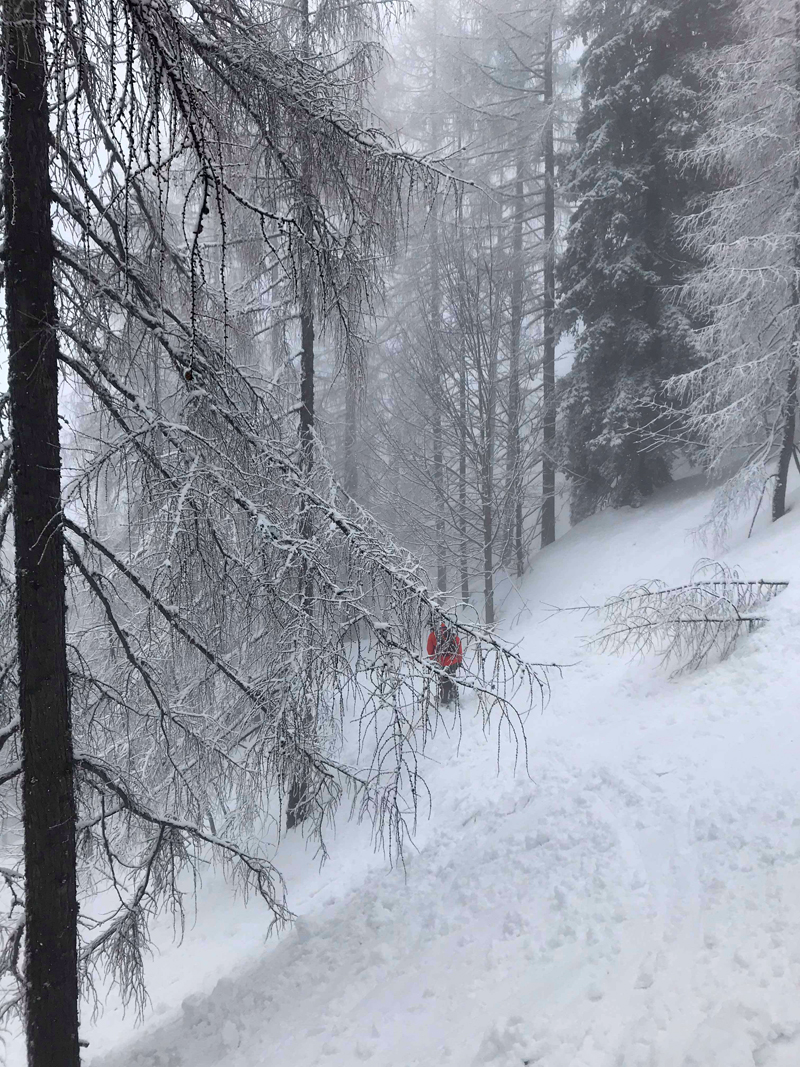 This year, I’m told, there’s a hike of about an hour to get to the starting line. The face can be done with clients- but it would be skied in a different way… as we aren’t so fast and we can’t jump…. and there has been a lot of snow! 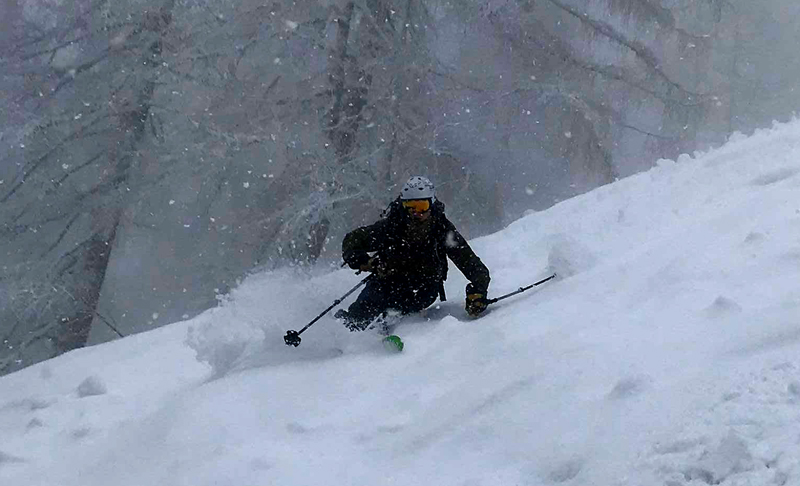 Over lunch I shared some photos of our tree ski run with, who I soon discovered, was the great grandson of the founder of Vibram. He told me how the product was born from disaster, when Vitale Bramani, a mountain guide, experienced a sudden change in weather and several of his clients died as their leather-soled hobnail boots and cleated felt-bottom climbing shoes slid. Following this he spent two years developing a new kind of climbing sole and then, in 1937, launched the vulcanized rubber lug sole, which provided traction on the most unforgiving of surfaces…. more on this to come. But for now, the free ride world tour looks to get underway in bluebird weather, and with this record snow many new lines are expected to be opened

More in this category: « How to get ski- fit and avoid injury, tips from Olympic skier Rowan Cheshire Freeride World Tour Austria - Day 2 »
back to top